'EC has made an acceptable position'

The present Election Commission (EC) has made an acceptable position thank to its strong structure and neutral role. The EC has played vital role for free and fair election, speakers said.
Candidates of several elections got equal opportunity to run their campaign for the strong role of EC. The voters has casted their vote independently, they said.
They were speaking at a seminar on 'Election and level playing field' at CIRDAP auditorium in the city organized by Bangladesh Heritage Foundation, chaired by its founding chairman Waliur Rahman.
Mohammad Nasim, Minister of Health and Family Welfare, was present at the seminar as the chief guest. Shirin Akter, MP of JSD was present as special guest. Iqbal Sobhan Chowdhury, Information Affairs Adviser of the Prime Minister and Nazmul Huda, Chairman of Trinamool-BNP was present as guests of honor.
AAMS Arefin Siddique, former Vice Chancellor of Dhaka University and Nazmul Ahsan Kalimullah, Vice-Chancellor of Begum Rokeya University also attended the program.
Mohammad Nasim said that the BNP never made the level playing field for free and fair election. However, the Election Commission is now constitutionally powerful. There is no doubt aboutthe fairness of coming national election.
Prime Minister Sheikh Hasina will be the head of the poll time government and the EC will conduct the elections. For the next general election everyone is invited to take part, he said.
Nazmul Ahsan Kalimullah, Vice-Chancellor of Begum Rokeya University said the EC is achieving their efficiency to conduct free and fair elections. The Gazipur city election was such an example. There were 425 voting centers and election was postponed in only 9 centers which is not a great negation, he added. 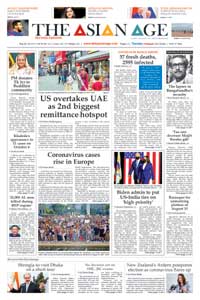