Bibichini historic Shahi Masjid located in Sadar Upazila of Barguna district in Betagi about 10 km away from the mosque is located Bibichini Union. About 5 feet high mosques House. 3 is buried next to the mosque.
The exception is heterogeneous. Although the common grave of a long buried 3 15/16 hands. According to the founder of the whole person eventually goes to sleep lying down in the mosque of Hazrat Shah Blessings ullah (A :) and her daughter Cinibibi and Isabibi. The more, the reign of Emperor Aorangajeb 1700 AD Hazrat Shah Nayamat ullah(R :) died the mosque beside him, and is buried.

Bibi Chini Shahi Mosque, is one of the historical places in our country. In 1659, A Muslim saint named Hazrat Shah Neyamat Ullah (Rah.) came here from Persia for Perching Islam in this region. The village and the mosque named after the name of his daughter 'Hayache Bibi Chini'. The mosque is 33 ft long, 33 ft width and the wall of the mosque are 6 ft wide. 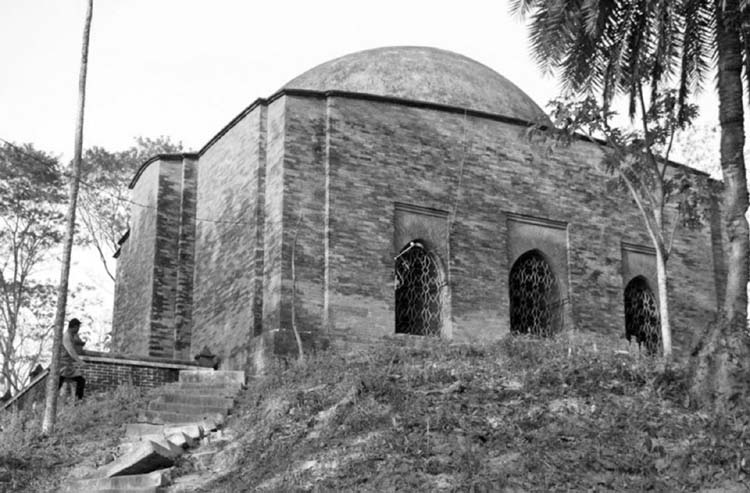 How to go
From Barguna main town, you can easily get local transport to reach Bibi Chini historical Shahi Masjid.

Things to do
1.    You can click some pictures.
2.    Offer your prayer at the mosque.
3.    There are also a few very old wooden Buddhist temples, a few kilometers from Barguna. You can have a visit over there.

Eating facilities
There's a few restaurants along Patharghata road in the Barguna, most serving Bangladeshi standards. Referred to where to eat in Barguna district.