The power of oratory

Oratory has since the beginning of civilised existence kept people in thrall. Shakespeare provided a clue to the riveting nature of speeches in his plays.
You think here of Brutus and Mark Antony in Julius Caesar, of the many ways in which they played with words to convince the audience of the justness of the causes they held dear. But that was literature. In life lived from day to day, through the vagaries of politics, oratory has often been raised to the level of art. In Bangladesh's case, the speeches of Bangabandhu Sheikh Mujibur Rahman were ammunition, over the years, in the defence of liberty.
A particular characteristic of speeches is the inspirational. That is how John F. Kennedy galvanised Americans through his inaugural address in January 1961. 'Ask not what your country can do for you', he declaimed, 'but ask what you can do for your country.' Abraham Lincoln was clearly a natural when it came to oratory.'Four score and seven years ago', he said with quiet insistence, 'our fathers brought forth on this continent a new nation conceived in liberty and dedicated to the proposition that all men are created equal.'
Great speeches come with a flavour of the literary, as Jawaharlal Nehru demonstrated through his 'tryst with destiny' speech in the opening moments of a free India in 1947: 'At the stroke of the midnight hour, when the world sleeps, India will awake to life and freedom.' Eamon de Valera reflects on the fiftieth anniversary of the Easter Rising in Ireland. His is an elegy, dedicated to the patriots he fought with once, all of whom were to perish in what for Ireland was an epic struggle for self-determination.
Charles de Gaulle finds his own place in history. As France falls to Nazism, he takes flight to London, from where he sounds the clarion call that would rejuvenate his dispirited country: 'France has lost a battle. But France has not lost the war!' 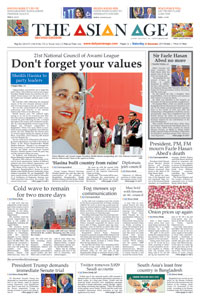