Rain hits the capital causing much sufferings to the city dwellers on Saturday. -AA
The authorities in Bangladesh have ordered the evacuation of some 100,000 people from coastal areas as Cyclone Bulbul is set to hit the country.The storm - which is due to make landfall on Saturday evening - is expected to unleash surges as high as 7ft (two metres).
A number of sea ports, including Mongla and Chittagong, have been placed on high alert.In this regard, the Shipping Ministry has opened a temporary control room and also canceled the weekend leave of all officials under the ministry on November 9 and 10.
The phone number of the control room is 02-9546072, Joint Secretary of the ministry Manoj Kanti Baral will supervise the control room.
The phone numbers of the Bangladesh Coast Guard control room are - 01766-690621 for Barishal division, 01766-690383 for Khulna division, 01766-690153 for Chattogram division and another additional phone number is 01766-690033. 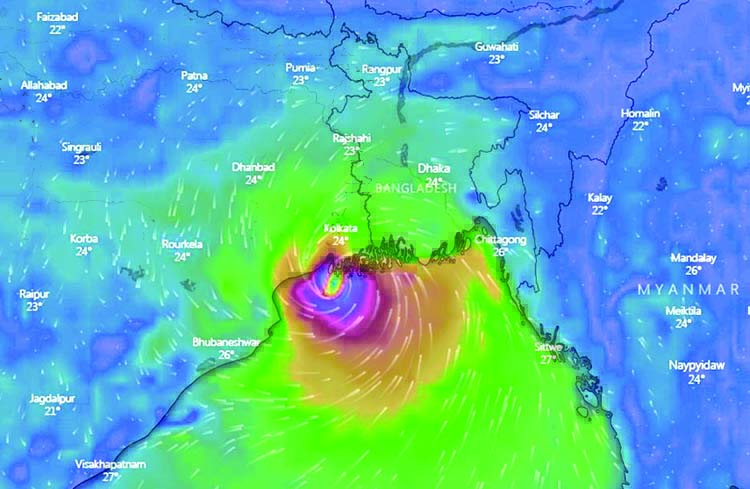 Satellite image of Cyclone Bulbul at 9pm on Saturday.     -BMD
The phone number of the Water Resources Ministry control room is 01318- 234560 while number of the Water Development Board's central control room is 01552-353433.
Mobile number of the Bangladesh Inland Water Transport Authority (BIWTA) control room is 01958-658213 while latest information about the cyclonic storm 'Bulbul' can be known by dialing the number 1090.
The mobile number of Cox's Bazar district control room, launched for helping the stranded visitors in the Saint Martin's Island is 01715-560688. The stranded people have also been requested to communicate by dialing the mobile number - 01851-966966 of Teknaf Upazila Nirbahi Officer (UNO).
Besides, latest information about the cyclone 'Bulbul' can be known by making a call to the telephone numbers of Press Information Department's (PID's) newsroom - 02-9512246 and 02-9514988.
Apart from this, different ministries, division and offices have also launched control rooms to exchange emergency information about the cyclone 'Bulbul' and take necessary measures to tackle the imminent storm, said an official release. 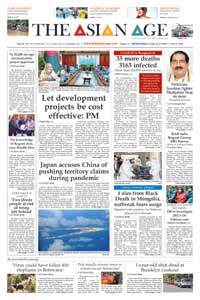