Not the most motivational story Growing up, I'd always have my male friends tell me that, I had the coolest dad, ever. Simply, because of the fact that he was an Automobile Engineer and I of course, like every other teenager on Earth, had engines and steering wheels just casually stored under my bed.
Not going to lie, I did take pride in the fact that I did have the coolest dad. He was perfect and he knew how to enjoy his life. Moreover, after travelling the entire Europe for seven years he then studied in London for more five years. He inspires me to this day, to dream big and live life the way I want to. He didn't just teach me how to live my life but he lived himself and let me watch him do it.
I was only seventeen when my father was diagnosed with fourth staged Cancer. In addition, like most seventeen year olds, I was immature, naïve and unaware of my future. Moreover, it would be an understatement to say that I was devastated. As the youngest and the only daughter in the family, at times I would be pampered to a point where I would start to take my privileges for granted.
Undoubtedly, I learnt the hard way to appreciate even the smallest things in life. My father made me the person I am today, and truth to be told, I only cared about him and no one else, and he was my everything. I still remember that day clearly, March 29th, 2018, the worst day of my life. Dad went to Thailand to take his final dose of chemotherapy, we were all so hopeful.
The doctors said that the cancer was completely gone and that he could live now. Unfortunately, his body couldn't take the eighth dose of chemo and he captured pneumonia. Afterwards, he was put into ventilation and he took his final breath. 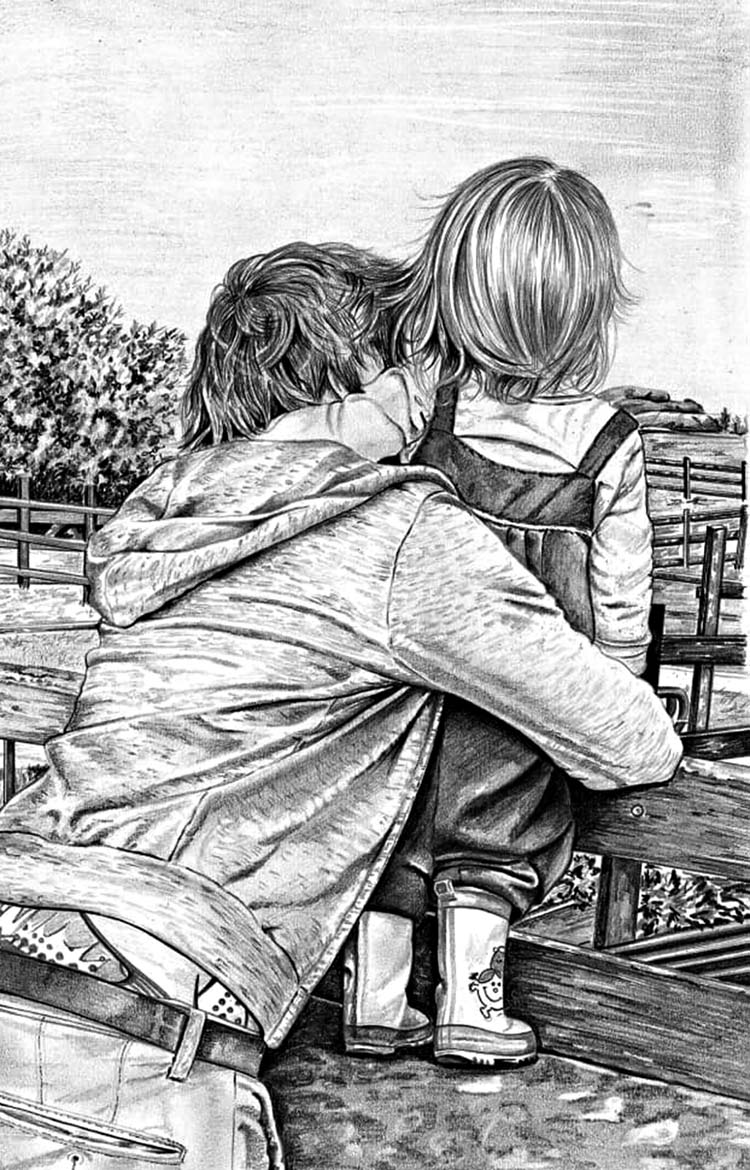 I remember rushing to the hospital immediately from the airport, he was given high doses of sedatives but he still managed to get conscious and the first thing he did was hold my hand.
If I knew that it was the last time my father held my hand, I would've never let go of him. Then came the unfortunate day, I was just staring blankly at the ECG monitor. Watching the heart rate of the man, whom I love the most, going from 70 beats per minute to zero, was no less than hell for me. I screamed at the top of my lungs and, "Abbu please, open your eyes" were the only words that came out of my mouth.
Throughout my life I've seen my father struggle, hustle and get back on his feet. From the time when we would barely have food on the table to the time when we travelled in business class flights, he fought it all through and pulled us out of every struggle. Just because my father didn't make it, doesn't mean the cancer broke him, or that he was weak. In fact, he was one of the strongest causes he fought till the very end.
Making through chemo is not easy, and it is high time that the society starts to show cancer patients respect instead of saying that the ones who didn't make it had left their family behind. To those people, I'd like to say that, my father didn't leave me behind but he went somewhere he was destined to be since the day he was born.
People say that they pity my family, well good for them. His death broke us all but, just to bring us all closer together, this time, stronger than ever. I tend to get asked, "Is it difficult to live without a father?" my answer will always be the same that it isn't easy but, it's not impossible.
My father didn't teach me to sit back and cry, he taught me to get back on my feet and fight my way through. Moreover, I gave my as level exams right after he died and I might've passed but my grades weren't up to the mark. I was told  by my 'concerned' relatives that I wouldn't  pass my A2 exams, but joke is on you people that I PASSED, not because I was fortunate, but because I fought it through just the way my father would've wanted me to.
My story isn't the most motivational, but it is a reminder that there are thousands of teenagers, who've lost a parent and are struggling to find a way through. However, the society isn't making it any easier for them; they're constantly being targeted and dragged down.
You're not alone, just keep holding on. Moreover, losing my father taught me a lot of things; not every blood relative wants to see you're good, not every teacher is worth being called a teacher and last but certainly not the least, not everyone without a father is weak and vulnerable.
My father's quality can be seen in the goals, dreams and aspirations which he had set not only for himself but for his family and that is why we are now stronger than we've ever been. I'm growing and learning the things my father once taught me but I never paid attention to.
My father was someone who strongly believed that there is no difference between a son and a daughter, fair enough, there isn't. I'm just as capable, smart and strong as my brother.
Even though I do have relatives who at times try to tell me otherwise but, I shut them off diplomatically, after all, my father always used to say, "Don't raise your voice, improve your argument." Moral of the story, never give up, always hold on; work your way through and regardless of the hardships, you matter, if not for others, but for yourself and most importantly always believe in yourself.