Bangladesh fourth gold medalist Humayra Akter Antara (L), second gold medalist Al Amin (M) and third gold medalist Marjan Akter Piya pose for photos after winning gold in the ongoing 13th South Asian Games (SA Games) in Nepal on Tuesday. -Collected
After Dipu and Al Amin, Marjan Akter Pia and Humayra Akter Antara earned gold medals for Bangladesh in the ongoing 13th South Asian Games (SA Games) on Tuesday.
While Dipu secured Bangladesh's first gold on Monday, the other three achieved the gold medals on Tuesday. Bangladesh secured the second gold when Al Amin, a member of Bangladesh Army, secured gold in Men's Singler Karate 60 kg category by beating his Pakistani counterpart by 7-3 points in the final.
"The reason behind coming to karate was because of my younger uncle (Shariful Islam), he was a karate instructor. My uncle wanted to teach us Karate but I was not interested. He used to beat us a little. That's how to come to karate.
"At first there was a lot of trouble because I wasn't interested. Then I went to play in the district and did well. Karate started to feel better. That's how I fell in love with the game. "
"I won gold at the SA Games Karate Championships in Dhaka last November, and I was very inspired by that. I followed the practices and techniques of foreign players in the last edition of SA Games and I would try them myself. The coaches have also helped me a lot," Al Amin said on Tuesday after winning gold in Men's Singler Karate 60 kg category.
After Al Amin, Marjan beat her Pakistani counterpart Kayser Sana by 4-3 points in 55kg category of Women's Kumite Karate event to win the medal. 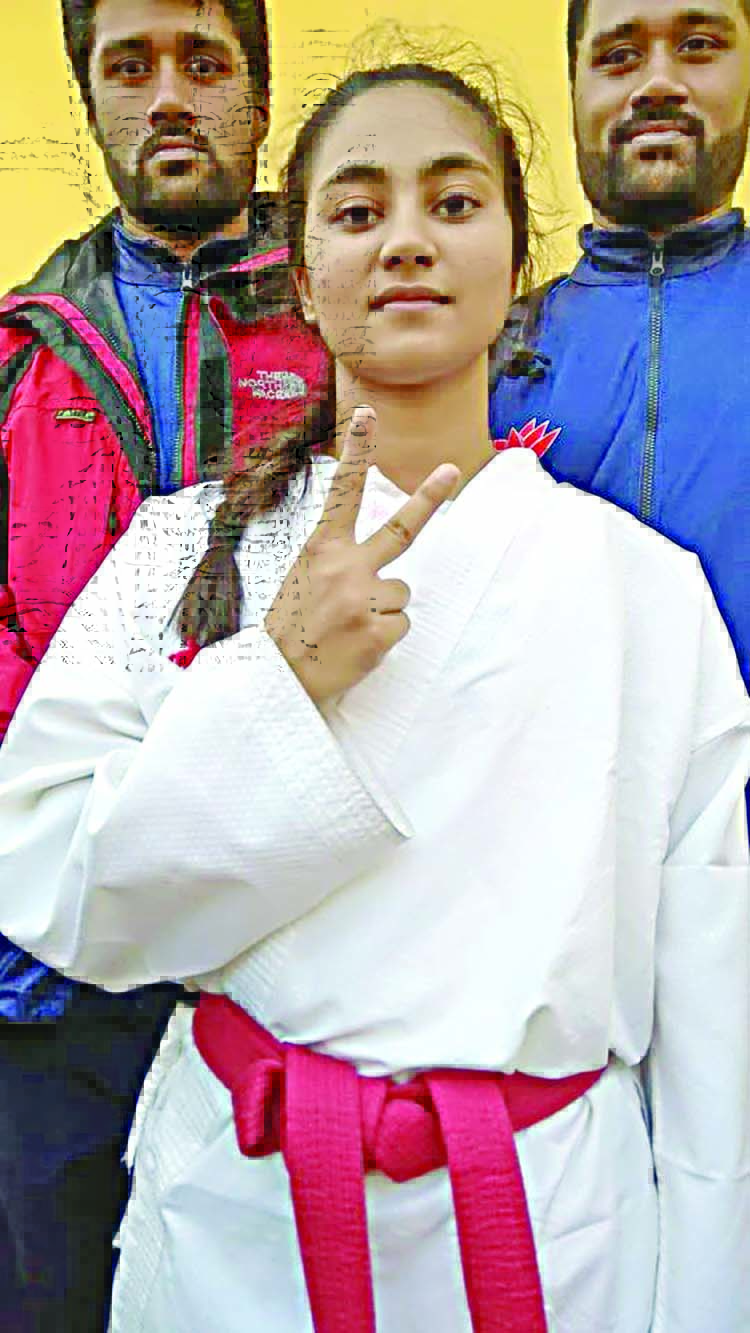 "I am speechless and so much happy today, I have never been so happy. This is the highest achievement of my life. Thanks to Almighty Allah, because I am here today because of his will. I also want to thank my parents and players for their support," Marjan said on Tuesday after winning gold in in 55kg category of Women's Kumite Karate event.
"Earlier, Al Amin's Gold medal gave me a lot of inspiration because it was the first gold for Bangladesh. It boosts my confidence and I think I can win gold too," Marjan added. After Marjan, Humayra Akter, who won the first medal- a bronze- for Bangladesh on Monday, secured her first gold in Women's Single karate in 61 kg category beating Anu Gurung of Nepal by 5-2 points in the final at the Satdobato Sports Complex yesterday.
"I had a dream to win gold medal in the SA Games when I was starting to play Karate. I am speechless. I have sacrificed many things for this game. I have also missed university and medical admission for Karate because I was in the camp. Al Amin and Marjan's Gold medal gave me a lot of inspiration," Humayra said yesterday after securing gold medal in Women's Single karate in 61 kg category. 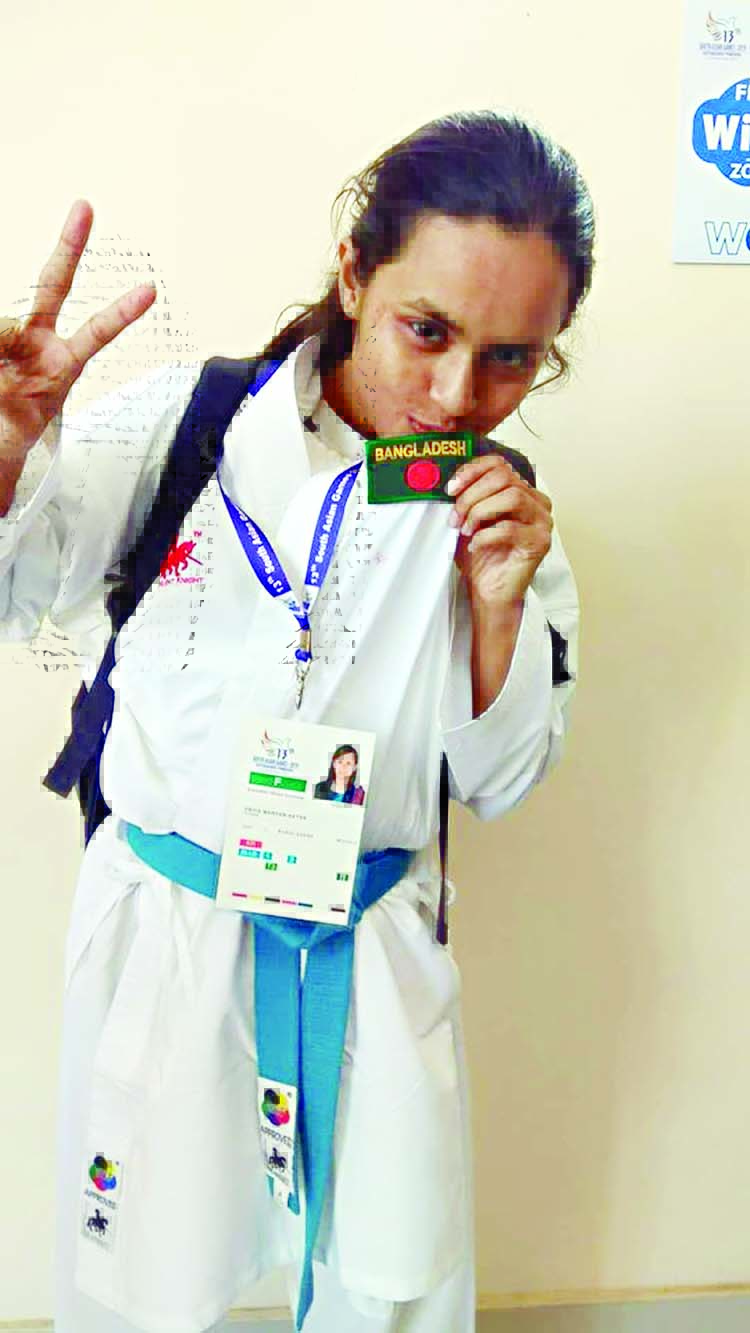 On the same day, Ferdous of Bangladesh Army won silver in Men's Single Karate in 67 kg category as well. Earlier, Bangladesh clinched one gold and twelve bronze medals on Monday. However, they failed to manage a good start in Men's football as they lost to Bhutan 0-1 in the opening game.
Hosts Nepal are dominating the medal table of the games securing eleven gold, two silver and six bronze medals while holders India followed them with three gold, eight silver and three bronze medals as of the medal update on Monday.