US vaping-related deaths rise to 52; 2,409 hospitalized US health officials said on Thursday four more deaths occurred since last week from a mysterious respiratory illness tied to vaping, taking the total toll to 52.
The Centers for Disease Control and Prevention (CDC) also reported 118 more hospitalized cases from 50 states, the District of Columbia, and two US territories, as of Dec 10. The number of people hospitalized now stands at 2,409.
The deaths have been confirmed in 26 states and the District of Columbia.
US officials last month reported the discovery of Vitamin E acetate — believed to be used as a cutting agent in illicit vaping products containing marijuana components — in all lung samples from 29 patients.
CDC has called Vitamin E acetate as a “chemical of concern” and recommended that the substance not be added to e-cigarette, or vaping products, while the investigation is ongoing. - Reuters 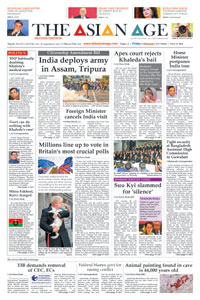