The patron saint of Naples as represented in a mural dating back to 1990 when Maradona was still a Napoli player. -AFP
For some Diego Maradona is the greatest footballer of the 20th century, for others - mainly English - he is the cheating possessor of the hand of God. In Italy, however, he is and always will be the patron saint of Naples.
And just as saints have their altars so Maradona has his museum, an extraordinary treasure trove of artefacts that includes the left boot with which the Argentine scored twice against Belgium in the semi-finals of the 1986 World Cup.
You can also find his first contract with Napoli and even the sofa from his Naples apartment where singer Julio Iglesias once sat. It's all here in the cellar museum. Maradona arrived at Napoli as a world record $10.48 million signing from Barcelona in July 1984. His time in Catalonia had been difficult and Naples was a bolthole. He was to stay seven years, captaining the team to their first-ever Serie A title in 1986-7. They did it again three years later and during Maradona's stay the Neapolitans also won the Coppa Italia, UEFA Cup and Italian Super Cup.
It was a golden age which Napoli have never come close to repeating, so it is no surprise to find a museum that commemorates such a rich epoch. Massimo Vignati's museum, though, is one of a kind.
It does not appear on any map of Naples, nor is it in travel guides, and entry is free. And yet, this basement of a typical building in Secondigliano.
--AFP, Naples 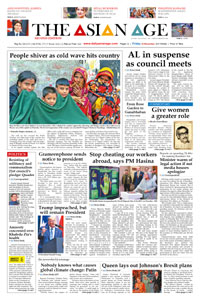