US vaping-related deaths rise to 55 US health officials said on Tuesday one more death occurred since last week from a mysterious respiratory illness tied to vaping, taking the total toll to 55.
The Centers for Disease Control and Prevention (CDC) also reported 2,561 cases from the illness associated with the use of e-cigarettes, or vaping products, as of Dec 27.
The agency released a series of reports on Friday indicating that the outbreak of vaping-related lung injuries appears to be waning, as evidence mounts that vitamin E acetate, a cutting agent used in marijuana vape cartridges, is playing a role in the illnesses.
The CDC has called vitamin E acetate a “chemical of concern” and recommended that the substance not be added to e-cigarettes, or vaping products, while the investigation is ongoing. - Reuters 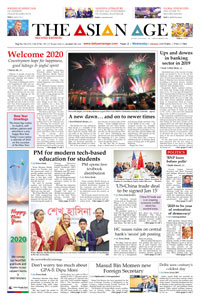