California's SpaceX company has launched another 60 satellites in its Starlink network.
It brings to 182 the number of spacecraft the firm has now put in the sky as part of its plan to provide a global broadband internet service.
The latest platforms went up on a Falcon-9 rocket, which left from Cape Canaveral in Florida.
The new additions mean SpaceX now operates more commercial satellites in orbit than any other company.
Planet Labs, also of California, has the next biggest working constellation at just under 150. Its spacecraft are used to image the Earth's surface.
SpaceX has permission from regulators to launch up to 12,000 platforms but has talked of an eventual 40,000, depending on how the project develops.
Two more batches of 60 could go up before the month is out, as the firm endeavours to start offering some regional broadband links later this year.
But the roll-out has brought a wave of criticism from astronomers who complain that large numbers of artificial objects in the night sky will ruin their view of the cosmos.
To reinforce these complaints, scientists have been releasing pictures of trains of bright dots passing overhead - reflections from the satellites as they move around the globe.
SpaceX believes the concerns are overstated, however.
The company concedes the Starlinks are bright shortly after launch but says this is the result of the configuration the satellites adopt as they raise themselves up from an altitude of 290km to 550km.
Once in their final orbit, the spacecraft should be barely visible, the company says; and it is providing detailed Starlink coordinates to astronomy groups so that they can better plan their observations to avoid interference.
One the 60 satellites on the latest mission also had an experimental coating to see if that could further reduce its reflectivity.
Whether the scientists will be satisfied remains to be seen.
The American Astronomical Society has convened a special session this week at its meeting in Hawaii to discuss the issue. Patricia Cooper, vice president of satellite government affairs at SpaceX, will be participating.
What alarms many skywatchers is that the Hawthorne-headquartered company is not the only one with a design for a so-called "mega-constellation".
UK-based OneWeb wants to put up an initial 650 broadband satellites. Six demonstrators were launched last year but from next month, the London firm hopes to be lofting about 30 a month.
The Amazon online retailer wants to get into this business, too. Its proposed Kuiper project is at a less advanced stage but the numbers of satellites being considered for the operational network are in excess of 3,000.
To put all these numbers in some context: today, there are just 2,200 working satellites of all types in the sky, according to the Union of Concerned Scientists.
The broadband mega-constellations will cost billions of dollars to roll out. SpaceX, though, can mitigate a lot of the financial pressure because it is using re-usable rockets.
Every time a Starlink mission goes up, it does so on a vehicle that has essentially already been purchased by someone else for a previous flight.
The rocket used this week was making its fourth ascent, having been used originally by the Iridium company to launch a batch satellites in 2018. 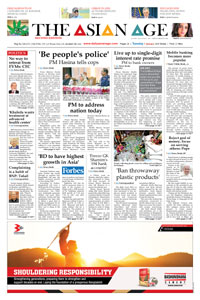