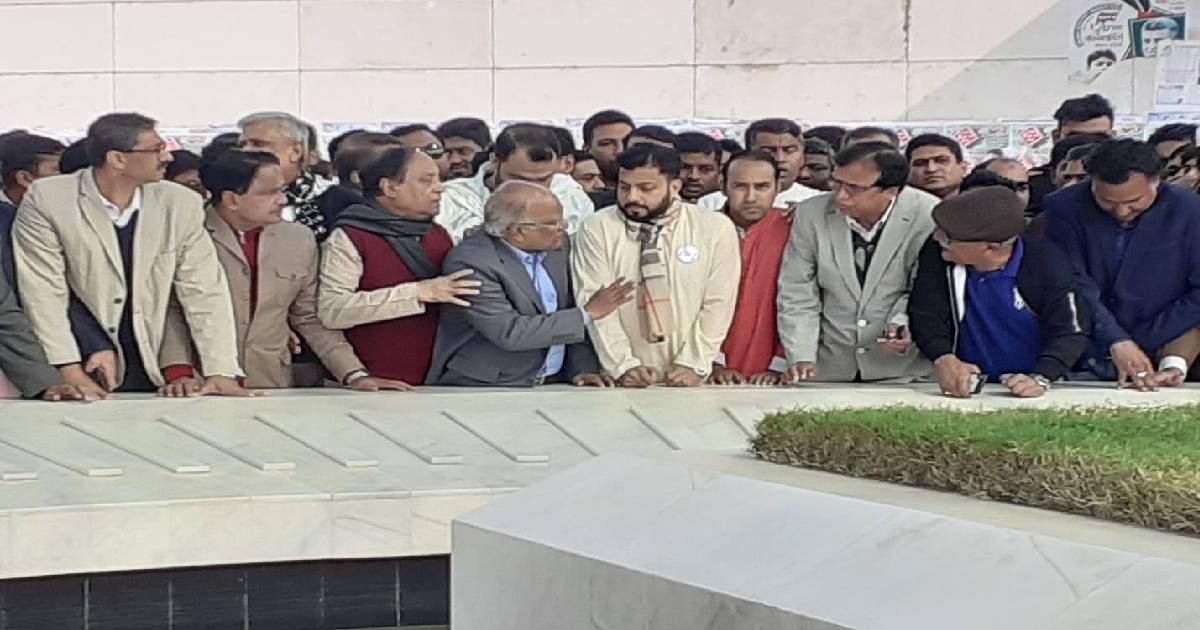 BNP senior leader Khandaker Mosharraf Hossain on Monday alleged that the Election Commission is not taking any step to ensure a level-playing field though their party candidates are being obstructed from carrying out electioneering ahead of the polls to two Dhaka city corporations.
“The ruling party candidates are preventing our election campaign through attacks at different places. Our councillor candidates are being intimidated, their houses are being attacked and their loudspeakers are being snatched during campaign. It’s very regrettable,” he said.
As per the election code of conduct, the BNP leader said using coloured posters and pasting those on walls is completely prohibited. “But Awami League candidates are not obeying it. The Election Commission is not taking any action either. This means a level-playing field is not created yet.”
He came up with the allegation while talking to reporters after placing wreaths at BNP founder Ziaur Rahman’s grave together with the party’s Dhaka north and south city polls candidate Tabith Awal and Ishraque Hossain.
Mosharraf, a BNP standing committee member, said the current ‘subservient’ Election Commission will not be able to hold a fair and neutral election under a ‘vote robber’ government. “But we’ve taken part in the polls as part of our movement for the restoration of democracy and having Khaleda Zia freed from jail.”
He urged the Election Commission to back off from its decision of using electronic voting machines (EVMs) in the city polls billed for January 30.
The BNP leader said their party’s mayoral candidates and its supported most councillor candidates will come out successful if the elections are held in a fair and neutral manner, and voters can cast their votes without any fear and obstruction.
Earlier, Tabith and Ishraque along with BNP leaders and activists paid homage to Zia by placing wreaths at his grave.
They also offered fateha at Zia’s grave and joined a munajat there seeking salvation of Zia’s departed soul.
Later, Tabith started his electioneering for the fourth straight day from Farmgate area while Ishraque from Tikatuli’s Abhay Das Lane.