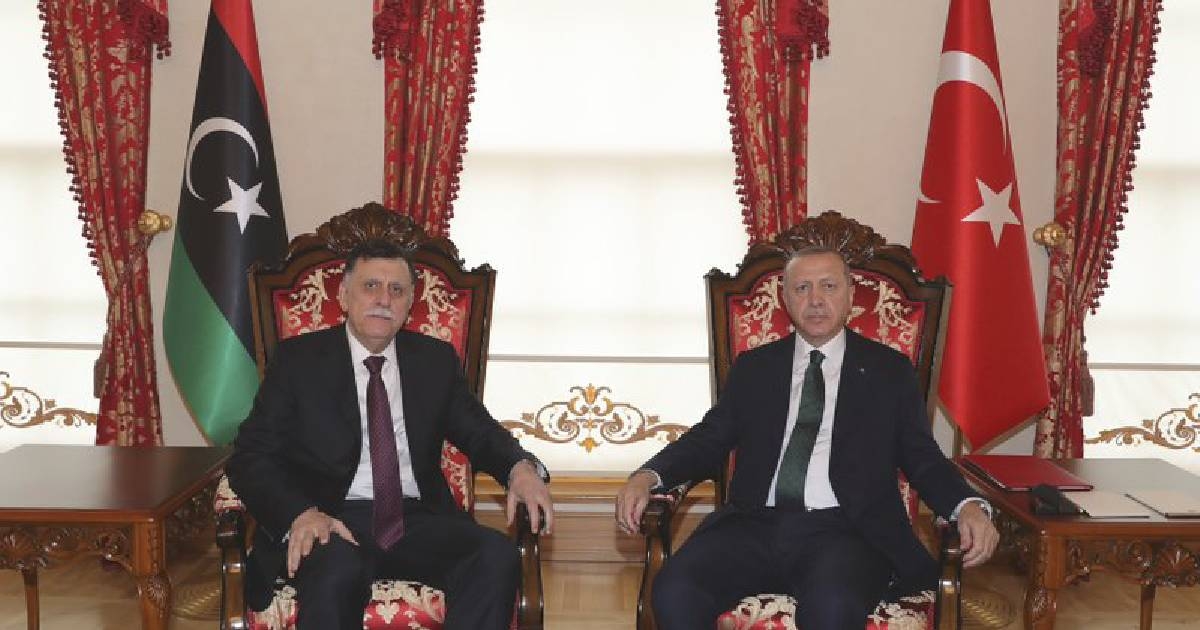 Russia is set to host a meeting of Libya's rival leaders Monday — a mediation effort closely coordinated with Turkey.
The Russian Foreign Ministry said that  Fayez Sarraj, the head of Libya's U.N.-recognized government in Tripoli, and his rival Khalifa Hifter will meet for talks in Moscow.
The negotiations follow a truce proposed by Russia and Turkey that began Sunday — the first break in fighting in months. There were immediate reports of violations by both sides, however, raising concerns it might not hold.
The truce came as Libya's civil war was on the brink of a major escalation. Various foreign players back Libya's two rival governments, and they have recently been stepping up their involvement in the oil-rich nation's conflict.
Libya plunged into turmoil after the 2011 civil war that ousted and killed long-time dictator Moammar Gadhafi.
The eastern government is supported by France, Russia and key Arab countries, including Egypt, the United Arab Emirates and Saudi Arabia.
Turkey, Italy and Qatar support the Tripoli government, which has faced an offensive by Hifter's forces, which closed in on the capital.
Russian President Vladimir Putin discussed the situation in Libya with German Chancellor Angela Merkel, who visited Moscow on Saturday. The Russian leader welcomed Germany's plan to hold a Libya peace summit in Berlin early this year.
On Sunday, Putin also discussed Libya in phone calls with French President Emmanuel Macron and Italian Prime Minister Giuseppe Conte. The Kremlin said they emphasized the need to respect the truce that took effect Sunday and spoke in support of the planned summit in Berlin.
Russia has maintained contacts with both conflicting parties in Libya, but the government in Tripoli has recently charged that Russian military contractors were fighting alongside Hifter.
Asked Saturday about Russian private security companies in Libya, Putin responded that "if there are Russian citizens there, they do not represent the interests of the Russian state and do not receive any money from the Russian state."
The Russian president noted that mercenaries were sent to Libya from the Syria's rebel-held province of Idlib alongside Turkey's border, voicing hope that a lasting truce will help end the deployment of foreign fighters to Libya.
Turkish President Recep Tayyip Erdogan said earlier this month that his country was sending military personnel to Libya to support Sarraj's government. Sarraj visited Istanbul for talks with Erdogan Sunday before heading to Moscow.
Turkey's foreign and defense ministers are scheduled to hold talks with their Russian counterparts in Moscow on Monday as part of a shared effort to mediate a peace deal.
The negotiations follow the deals struck by Russia and Turkey to coordinate their action in Syria, where Moscow has shored up President Bashar Assad's government and Ankara has backed his foes.