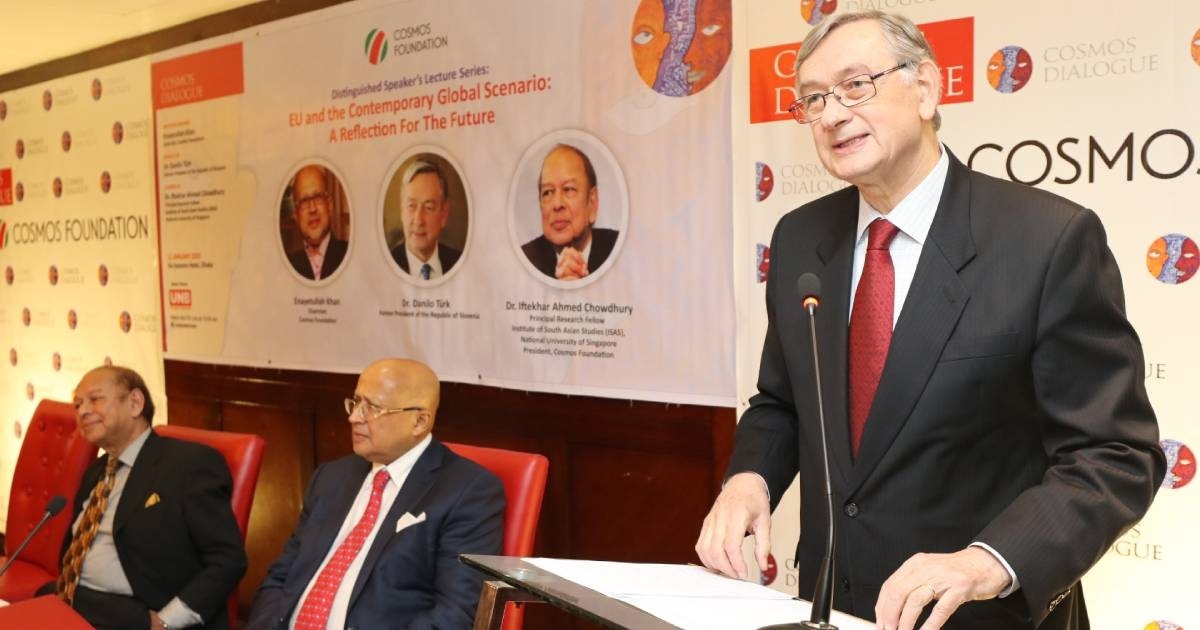 Amid a global debate about the legality of the recent US strike against Qasem Soleimani, former Slovenian President Dr Danilo Türk has said the killing of the top Iranian general is an ‘act of war’.

“I listened to the US Minister of Finance Steven Mnuchin’s speech in Doha in mid-December last year where he spoke about sanctions against Iran being an alternative to war...now we’ve a war. Let’s be honest about this. Shooting of a senior Iranian military personality is an act of war,” he said.

Türk, who served as the President of Slovenia between 2007 and 2012, made the remark while replying to a question at a symposium titled ‘EU and the Contemporary Global Scenario: A Reflection for the Future’ at a city hotel on Saturday.

Dr Türk thinks there can be other terminological innovations around this rather than the US strike against Qasem Soleimani. “Diplomacy is very good in terminological ways and papering over and fuzzing things and so on.”

“Let’s be completely aware of the level of danger which has risen as a result of that act and as result of Iranian response. Now that response obviously was also carefully calculated,” Türk added.

He said the world may face a fatal problem if the US and Iran understand each other wrongly. “But it seems that the two sides have understood each other relatively well and didn’t want onto over step the red line. This is the situation.”

Non-Proliferation Treaty or NPT is an international treaty the objective of which is to prevent the spread of nuclear weapons and weapons technology, to promote cooperation in the peaceful use of nuclear energy, and to further the goal of achieving nuclear disarmament and general and complete disarmament.

After the shooting of the senior Iranian commander, Qassem Soleimani, in Baghdad by the US, Iran said it would no longer abide by any of the limits of its unraveling 2015 nuclear deal with world powers.

The former Slovenian President said, "The European Union could influence the situation, but it was not able to do so far.”He said EU Secretary General António Guterres, in his short statement last week, expressed concern that the way things developed with Iran can actually kill non-proliferation.  “Let’s be very careful about this, that it is a very dangerous development,” Türk added.

He also said, “When the EU pleads for the retention and survival of Iran Nuclear Deal; “Iran’s move of abandoning the nuclear deal is an important message which the United States has to take seriously. This is a very serious matter of global security.”

Türk, also a former UN Assistant Secretary General, said, “What happens next? How does the EU deal with the rest of the problems for the next month in short period?”

About the United States’ decision of imposing another round of very severe sanctions against Iran, Türk said it is a very problematic decision.

“My advice would be to take this question of sanction extremely seriously and understand that terminology which says that sanctions are an alternative to war is simply not sufficient,” he observed.