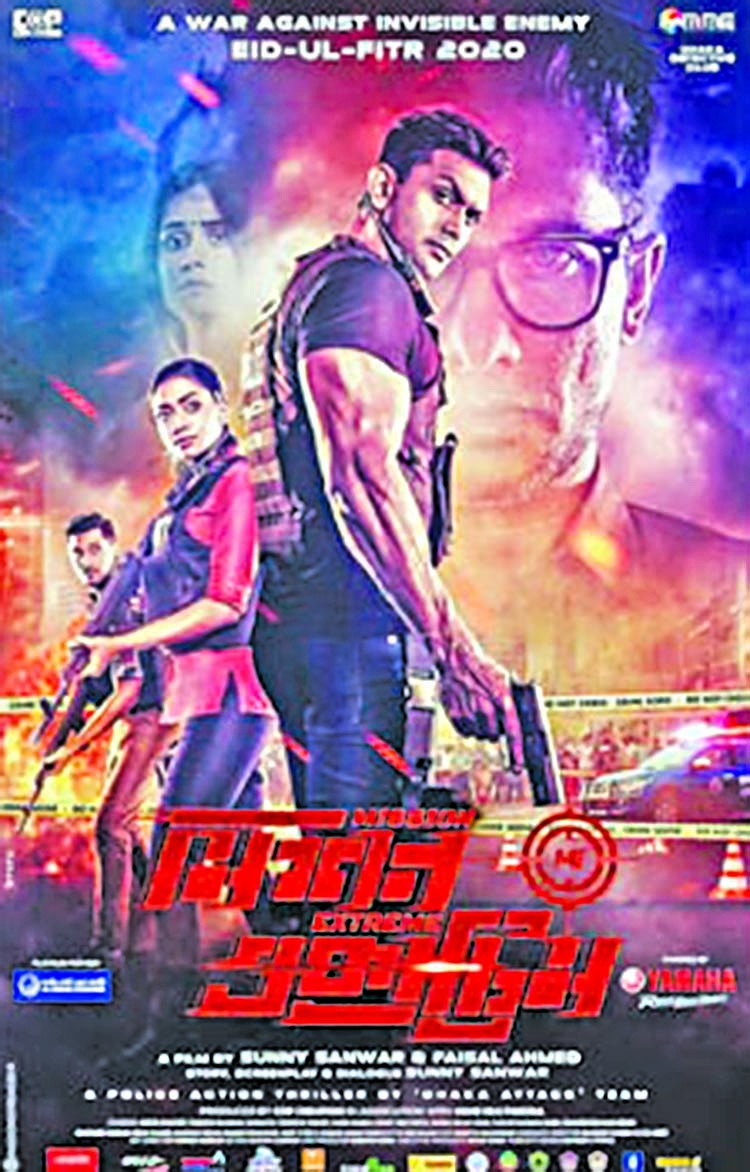 'Dhaka Attack' is the first police action thriller movie in Bangladesh. The film was released in 2017. The pairing of Arifin Shuvoo and Mahiya Mahi achieved great success. Shuvoo also won the National Film Award for the first time in his career as Best Actor for the film which was directed by Dipankar Dipan. After the massive success of 'Dhaka Attack', the film 'Mission Extreme' of the same genre is about to hit the theaters.
The movie is jointly produced by Sunny Sanwar and Faisal Ahmed. Here, actor Arifin Shuvoo will be seen as a police officer who goes on operations with various missions. He is accompanied by Taskin Rahman, Iresh Zaker, Sadia Nabila, Fazlur Rahman Babu, Misha Saudagar, Oishee and others. Meanwhile, the release date of the film has been announced through the poster unveiling. It will be released in theaters during next Eid-ul-Fitr. The film is being produced accordingly.
It is reported that after the break, the team has returned to shooting 'Mission Extreme'. Some of the last-minute scenes started to be filmed from January 8. The shooting will continue till January 22 in Uttara. Arifin Shuvoo, the protagonist of the film, participated in the shooting. He said, 'There was still some work left for the film. They are being completed now. This is the last leg of shooting.'  Sunny Sanwar is the writer and director of the film.
He said, 'Since it is an action thriller, VFX work is being taken seriously. That's taking time. But before Eid-ul-Fitr, everything will be finished.' In the film, several members of the police force will be seen performing. Another director of the film, Faisal Ahmed, said that this will entertain the viewers. Cop Creation is producing the film 'Mission Extreme'.