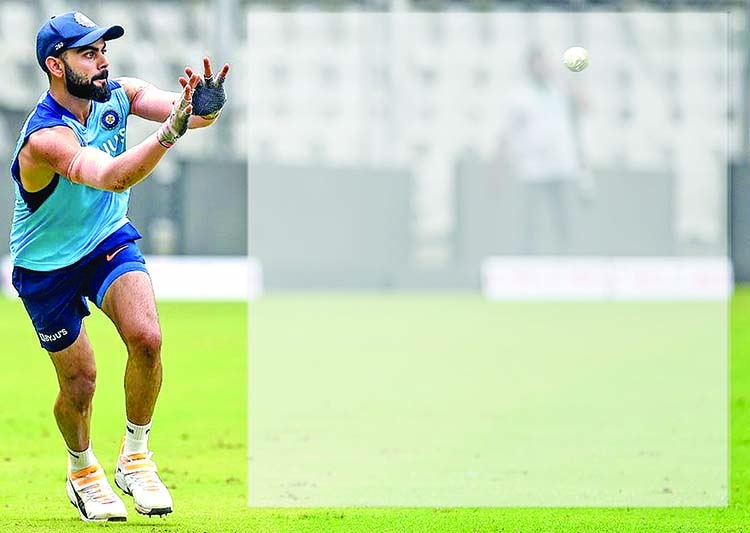 India will be especially motivated to start well against Australia in the first ODI in Mumbai on Monday as they look to avenge the rare home series defeat they suffered against the same opposition last year.
"We were more motivated to win today because of the fact that we lost the series in India," captain Virat Kohli said after the Men in Blue's excellent 36-run win over Australia in the ICC Men's Cricket World Cup 2019 match at The Oval.
He was responding to a question about whether India's performance in the game was boosted by memories of the painful loss against the same opponents in the Sydney semi-final in the 2015 tournament.
India, particularly Kohli, had good reason to feel aggrieved by that series defeat in early 2019. It was India's first loss at home under Kohli's captaincy in six series, and it came against an understrength Australian side, lacking stars such as Steve Smith, David Warner and Mitchell Starc.
The fact that Australia were 2-0 down before winning the next three games must have inflicted more pain.Now, 10 months later, India have an opportunity to settle scores.
It certainly won't be an easy task given that apart from the troika of key players mentioned above, the visiting party also features Marnus Labuschagne, who will be keen to extend his run-glut to the ODI format after a record-breaking Test summer back home. It will be interesting to see whether Australia hand him his debut cap in the first ODI in Mumbai, which can be a very batsman-friendly venue.
Both teams enter the series on the back of terrific form. India have just brushed aside Sri Lanka 2-0 in a T20I series after having convincingly won both T20I and ODI series against West Indies. Australia's limited-overs form has been pretty good too.
They won each of their five completed T20Is against Sri Lanka and Pakistan during the home season. But they will be fully aware that facing India in fifty-over cricket will be a different beast altogether.India's bowling attack was a touch expensive during the series against West Indies, but they will hope that the return of a fit-again Jasprit Bumrah helps plug that area of concern.