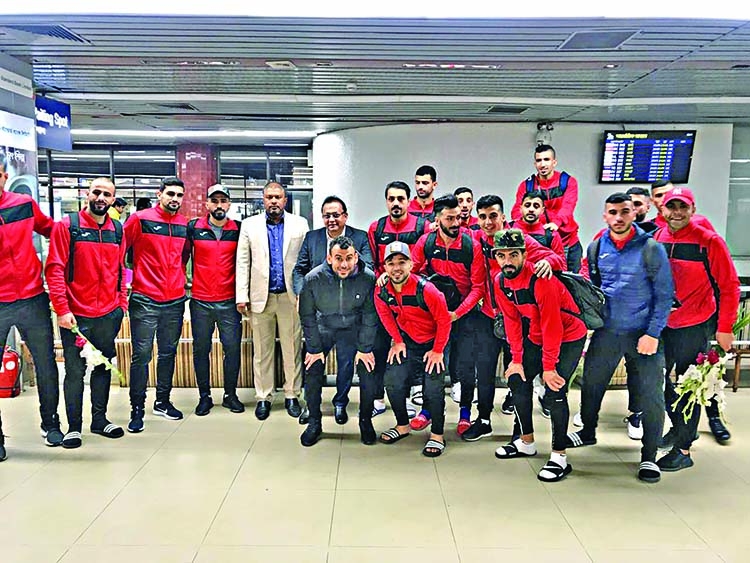 Palestine national football team poses for photo after arriving at Hazrat Shahjalal International Airport on Monday ahead of their Bangabandhu gold Cup International Football Tournament 2020 mission. -BFF
Palestine and Mauritius football team arrived in the capital on Monday morning to take part in the prestigious sixth edition of Bangabandhu Gold Cup International Football tournament, which is scheduled to be held on January 15-25 at Bangabandhu National Stadium.
The Palestinians, who won the title in the last edition meet after beating Tajikistan by 4-3 goals in penalty shoot-out in the final, arrived at 11.30 am ahead of their tournament opener against host Bangladesh.
Following Palestine's arrival, African side Mauritius football team's arrived four hours later, while Sri Lanka and Burundi football are the another two participating teams is expected to arrive today.Seychelles will be the last team to arrive in the city on Thursday (January 16) at 10am to participate in the tournament.