Walmart sacks 56 executives in India as part of restructuring 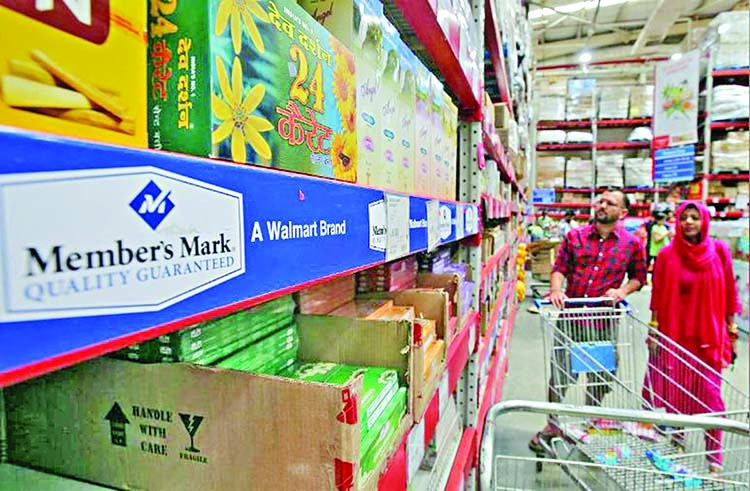 Customers shop at a Walmart India's Best Price Modern Wholesale store in Jammu May 8, 2018. -Reuters
Walmart Inc, the world's largest retailer, has fired 56 of its executives in India as it restructures in the country.The move underscores the challenges Walmart has faced in expanding its wholesale business in India.
The Bentonville, Arkansas-based company currently operates 28 wholesale stores in the Asian country where it sells goods to small shopkeepers, and not to retail consumers.
Reuters reported the firings earlier on Monday, citing three people with direct knowledge of the matter, adding the move had mostly affected executives in Walmart's real estate division, which takes care of store expansion, as the wholesale business model did not bring in expected growth.
Eight of the 56 executives fired were in "senior management" roles and the rest from middle or lower management, Krish Iyer, President and CEO of Walmart India said in a statement.
"We are also looking for ways to operate more efficiently, which requires us to review our corporate structure to ensure that we are organized in the right way," Iyer said, adding the fired executives had been offered enhanced severance benefits.
Walmart has placed bold bets on India's e-commerce sector. In 2018, it paid $16 billion to buy a majority stake in India's online marketplace Flipkart, in its biggest global acquisition.
"It's happening because focus is shifting to e-commerce rather than physical (stores)," according to one of three people, who spoke to Reuters ahead of the company announcement.
A second source said Walmart could slow down the pace of opening new wholesale stores in India as it focuses on boosting sales through business-to-business and retail e-commerce.Iyer, however, said Walmart remained committed to developing physical stores as well.
"We have recently made significant investments to serve our members better and will continue to do so. This includes investments in our brick-and-mortar stores as well as e-commerce," Iyer added.Walmart has around 600 staff in its India head office out of a total of around 5,300 nationally, one of the sources said.
---Reuters, New Delhi