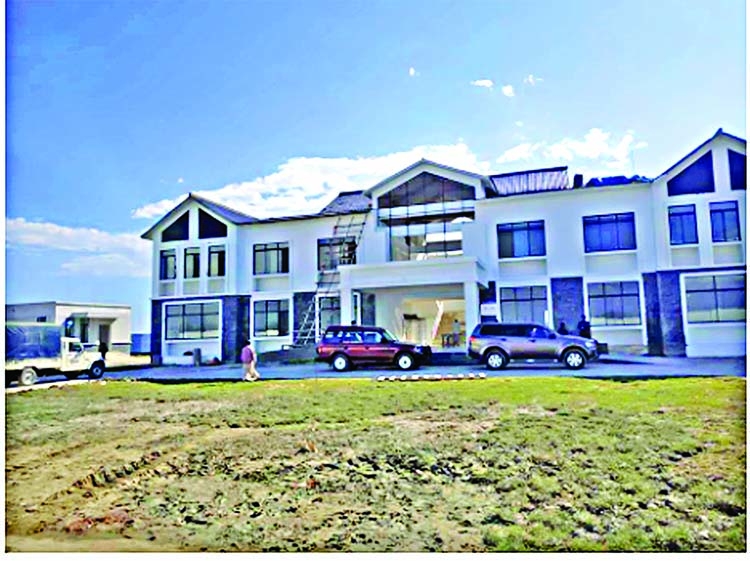 BSMSN is one of the most suitable sites in Bangladesh for setting up industries. It is along the strategic location of Dhaka-Chittagong industrial corridor. In Mirsarai. -AA
Bangladesh Economic Zones Authority (BEZA) is planning to arrange a visit for around 500 students to Bangabandhu Sheikh Mujib Shilpa Nagar (BSMSN) at Mirsarai, Sitakundu and Sonagazi upazillas under Chattogram and Feni districts, marking the birth centenary of Father of the Nation Bangabandhu Sheikh Mujibur Rahman.BEZA will take the students from different universities for its two- day visit aimed at engaging new generation with the country's development.
The programme is likely to be held in March this year. Talking to BSS, BEZA Executive Chairman Paban Chowdhury said the BEZA will accelerate more its activities during the 'Mujib Year', from March 17, 2020 to March 17, 2021, for implementing the a government's goal to set up 100 special economic zones across the country.
"We will arrange different seminars, workshops and displays on different development activities," he added.Through participation in the programme, he said, students will gather knowledge of the ongoing development activities for building their future. "The students can also deliver their opinion about the development activities.
Through their opinion, they can get involved in development," he added. The BEZA chief said at least eight companies have already started their factory construction in the BSMSN while one of them have already completed their construction and another one will complete within this month.
He informed that Jinyuan Chemical Industry Limited, a sister concern of the Chinese Zhuzhou Jinyuan Chemical Industry Company Limited, has already set up its factory in the BSMSN while construction of a power plant is going to be ended.
Another six companies - Modern Synthetic, Arman Hoque Denims, Asian Paints, Nippon and McDonalds, Bangladesh Auto Cars and Bashundhara Chemicals have started their factory construction, he added.
The BEZA chief expected that more 20 companies will start their factory construction works at the BSMSN during the Mujib Year. Paban Chowdhury said they are also taking initiative to rehabilitee the people to be affected due to development works.