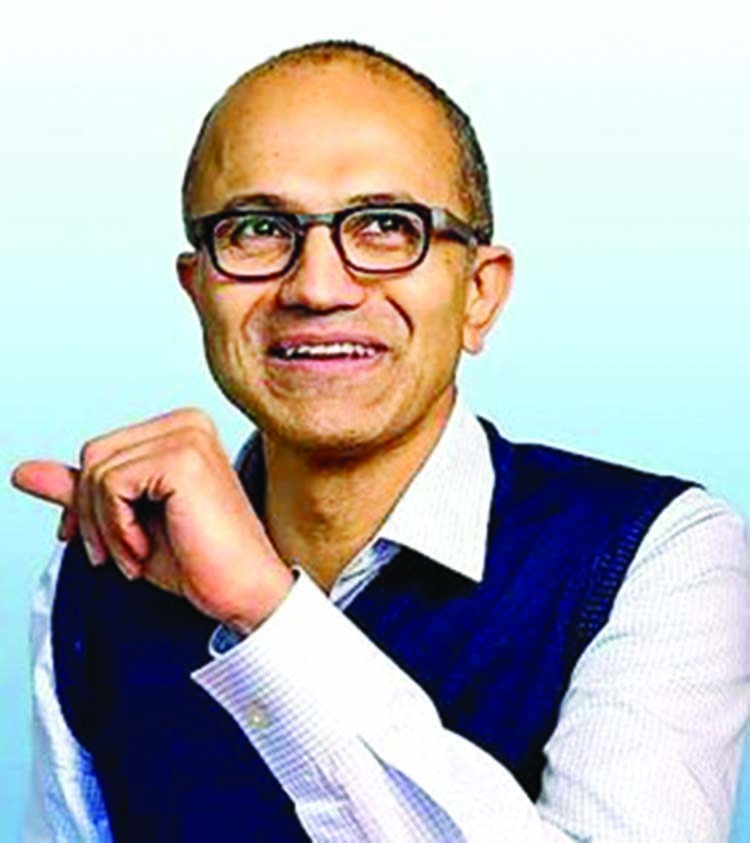 Microsoft Chief Executive Officer (CEO) Satya Nadella on Monday joined the rising chorus of international voices against the Citizenship Amendment Act, terming the emerging situation in India as "sad".
"I think what is happening is sad... It's just bad.... I would love to see a Bangladeshi immigrant who comes to India and creates the next unicorn in India or becomes the next CEO of Infosys," Nadella told BuzzFeed editor-in-chief Ben Smith.
The Microsoft CEO's statement comes amid ongoing protests against the Citizenship Amendment Act, which critics have termed as "communal" and "unconstitutional" in nature.
The law aims to expedite citizenship for migrants from minority communities in three neighboring countries, leaving Muslims out of its ambit. Critics say that the law, when implemented along with the National Register of Citizens (NRC), will threaten genuine Muslim citizens in the country.
Nadella's comment was backed by noted historian Ramachandra Guha, who wished that big names in the domestic IT industry would summon the courage to make a similar statement. "I am glad Satya Nadella has said what he has.
I wish that one of our own IT czars had the courage and wisdom to say this first. Or to say it even now," he tweeted.Ramachandra Guha was detained by police while participating in a protest against the Citizenship Amendment Act in Bengaluru last month.

A group of over 150 Indian-origin professionals employed with tech giants such as Google, Uber, Amazon and Facebook had earlier written an open letter against the Citizenship Amendment Act and a possible nationwide National Register of Citizens, dubbing both the initiatives as "fascist".
The letter by "TechAgainstFascism" on online publishing platform Medium also urged business leaders such as Satya Nadella, Alphabet Inc CEO Sundar Pichai and Reliance Industries Limited head Mukesh Ambani to "publicly denounce" the central government's actions.
"The CAA 2019 combined with the NRC is a deeply anti-Muslim scheme that will create greater statelessness and global disparity for Muslims, growing worse with India's economic decline and climate change," the letter read.
The United Nations Human Rights Office has also termed the amended law as "fundamentally discriminatory", saying that it "undermines" the commitment to equality provided by the Indian constitution.
Last month, BJP MP Tejasvi Surya had sparked a controversy by claiming that only "illiterates and puncture-wallahs" are opposed to the amended Citizenship Act.
--PTI