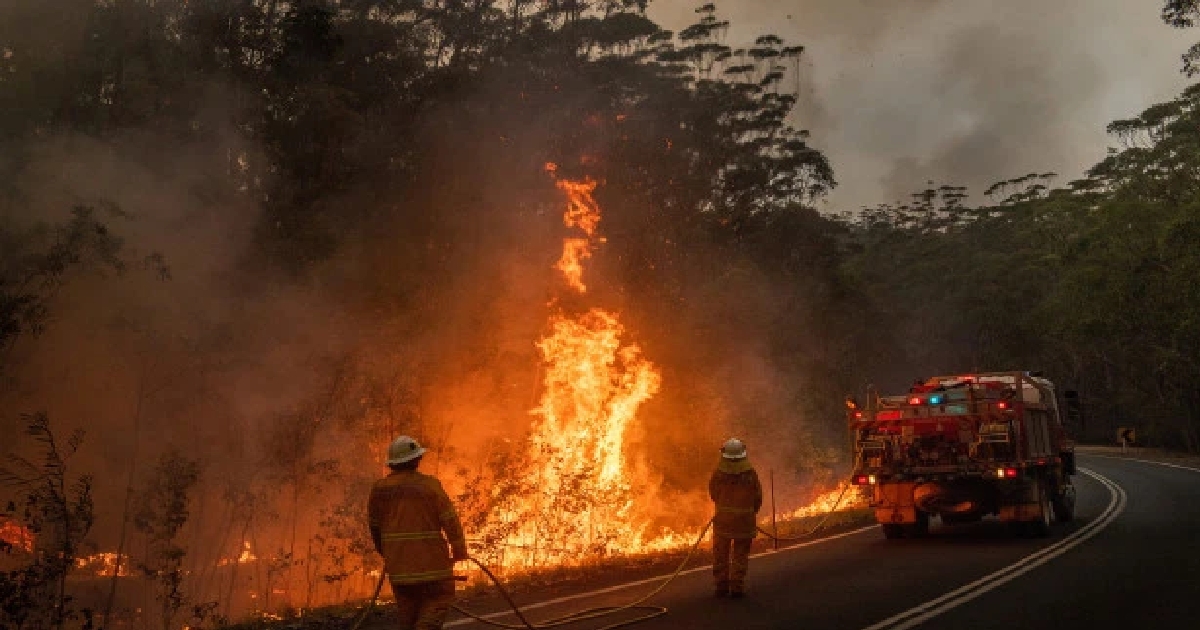 The political party Australian Greens called on the government to establish a climate emergency national medical stockpile to prepare for future bushfire crises.
Richard Di Natale, the leader of the Greens, said that under his plan the stockpile would include smoke-filtering masks.
The air quality in Melbourne on Tuesday morning dropped to hazardous levels, as smoke from Victoria's northeast fires blanketed the state.
"It's almost impossible to avoid. It can claim lives, and it hurts everyone's quality of life," Di Natale said, according to The Sydney Morning Herald report on Monday evening.
"Already one person has died in Canberra, and the public health impacts on the broader population won't be known for months."
The government has an existing stockpile with 1.8 million masks available, but the Greens demanded a significant expansion.
Retailers across the country have sold out of P2 masks, which filter out hazardous smoke particles, forcing them to order hundreds of thousands more.
Wesfarmers, the owner of hardware giant Bunnings, earlier in January said that demand for the masks was "through the roof."
"The Australian Greens are launching the climate emergency national medical stockpile to reflect the immediate risk to people's health," the Greens said in a statement.
"It will give people an assurance that their government has the ability to respond to the health impacts of the fire crises, without running into the widespread mask shortages we have seen since December."
Greg Hunt, minister for health, has promised that the government will make more masks available as demand rises.