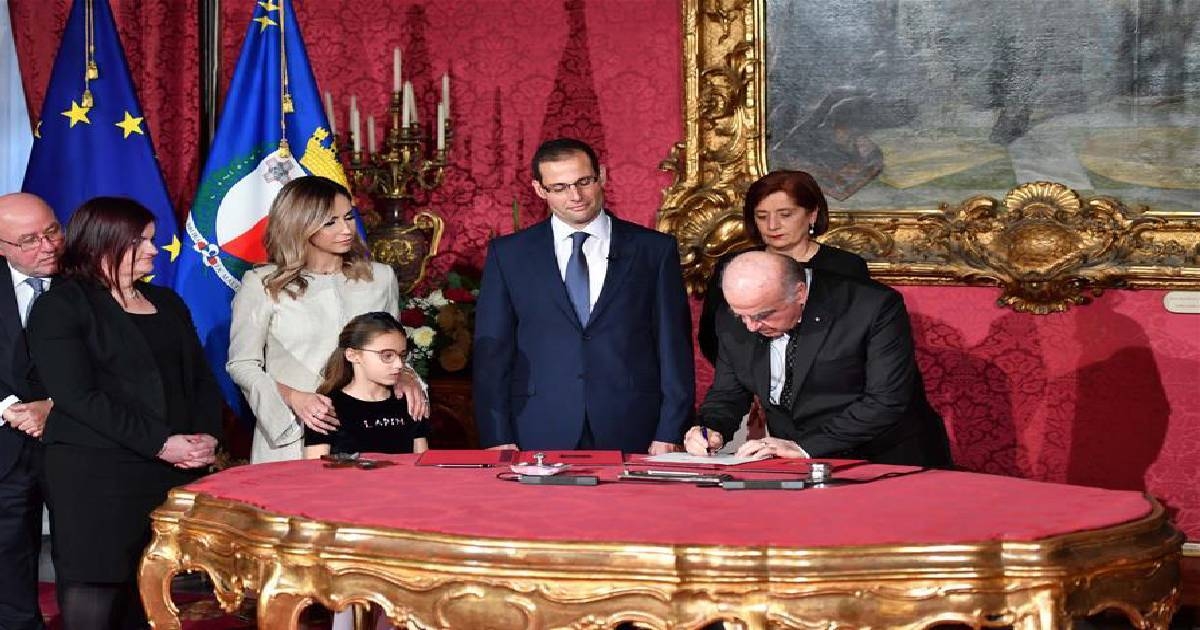 Robert Abela, the newly-elected leader of Malta's Labour Party, was officially sworn in as Prime Minister on Monday at a ceremony at the President's Palace in Valletta.
Abela won the Labour leadership election on early Sunday, beating Deputy Prime Minister Chris Fearne.
He replaces Joseph Muscat who was forced to resign over an investigation into the 2017 murder of journalist Daphne Caruana Galizia.
Muscat resigned from his post shortly before Abela took his oath of office.
Abela then walked up the street towards his new office some 10 minutes away but it took him almost an hour to walk past hundreds of well-wishers who lined the streets. Upon his arrival, he convened the first Labour parliamentary group meeting.
In his first comments to the media after taking his oath of office, Abela said he will be communicating decisions about his cabinet of ministers "in due course".
Asked about Fearne, Abela said he was looking forward to working with him.