Rouhani says Iran must 'punish' all responsible for air disaster 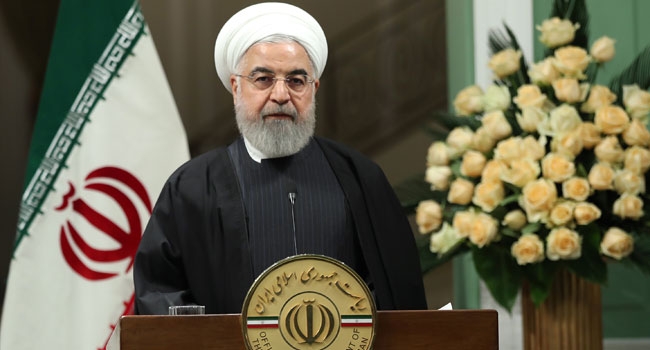 Iran’s President Hassan Rouhani said on Tuesday that everyone responsible for the accidental shooting down of a Ukrainian airliner last week must be punished.
“For our people it is very important in this incident that anyone who was at fault or negligent at any level” face justice, he said in a televised speech.
“Anyone who should be punished must be punished,” said Rouhani.
“The judiciary must form a special court with high-ranking judge and dozens of experts... The whole world will be watching.”
The Ukraine International Airlines plane was brought down by a missile shortly after takeoff from Tehran last Wednesday, killing all 176 passengers and crew on board.
Iran for days denied Western claims based on US intelligence that the airliner had been downed by a missile before acknowledging that version was correct on Saturday.
It has come under mounting international pressure to ensure its investigation into the tragedy is full and transparent.
The authorities’ handling of the air disaster and has also angered people in Iran.
Videos posted on social networks on Monday purported to show people taking to the streets for a third consecutive day, with demonstrators apparently shouting slogans against the Islamic republic.--AFP