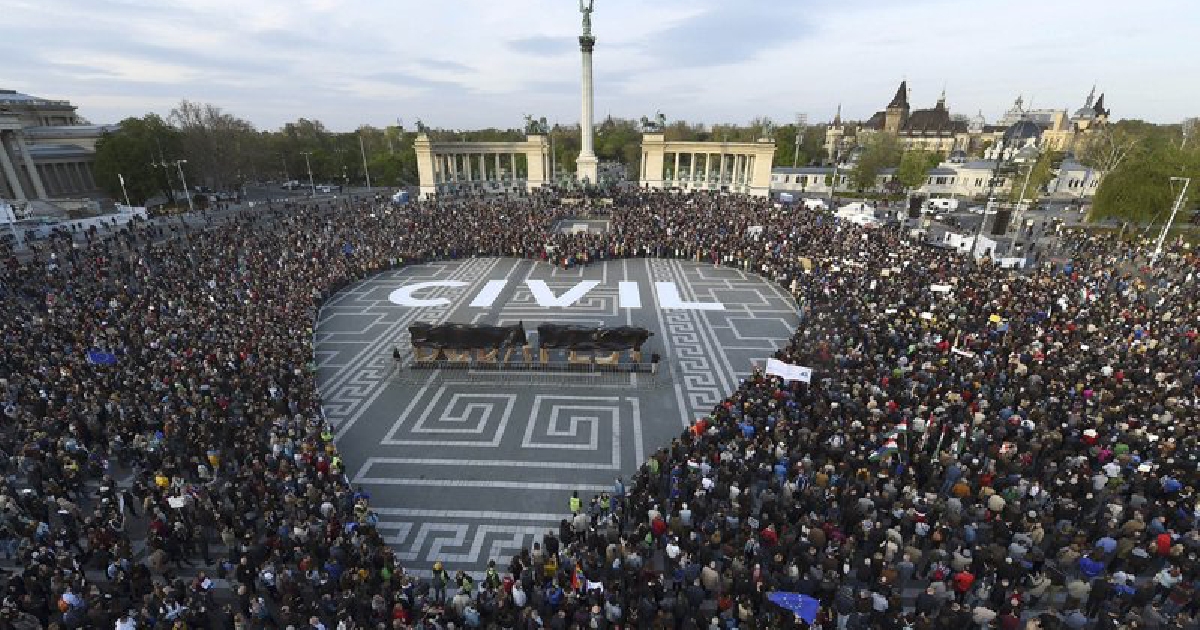 Restrictions imposed by Hungary on the financing from abroad of non-governmental organizations are incompatible with EU law, according to an opinion issued Tuesday by the European Union's Court of Justice.

In 2017, Hungary adopted legislation forcing NGOs receiving foreign funding of more than 7.2 million forints ($24,090) a year to register the fact with the courts and identify themselves as foreign-funded in their online and printed publications. NGOs also have to list foreign sponsors giving them more than 500,000 forints ($1,670, 1,500 euros) annually.

The law is nominally meant to increase transparency among civic groups and boost efforts against money laundering, but the nonbinding opinion issued by Advocate General Campos Sánchez-Bordona found that the rules are disproportionate and unjustified, and they unduly restrict the free movement of capital and interfere with a number fundamental rights, including the right to freedom of association and the protection of private life and personal data.

The EU Court of Justice, based in Luxembourg, is beginning to deliberate in the case. While it is not forced to follow the opinion of the Advocate General, the court's rulings are often similar to the opinions.

The legislation, approved in June 2017, was described at the time by Amnesty International as a "vicious and calculated assault on civil society" meant to silence critical voices in Hungary.

The Hungarian government said the rules would serve to vet the "Soros network" — NGOs which get at least some of their funding from the Open Society Foundations set up by Hungarian-American billionaire George Soros, whom Prime Minister Viktor Orban has repeatedly said seeks to influence Hungarian policies.

In July 2017, the EU Commission launched an infringement procedure against Hungary. The case reached the Court of Justice in early 2018.