Alamgir, a cop who serves in silence, with sincerity 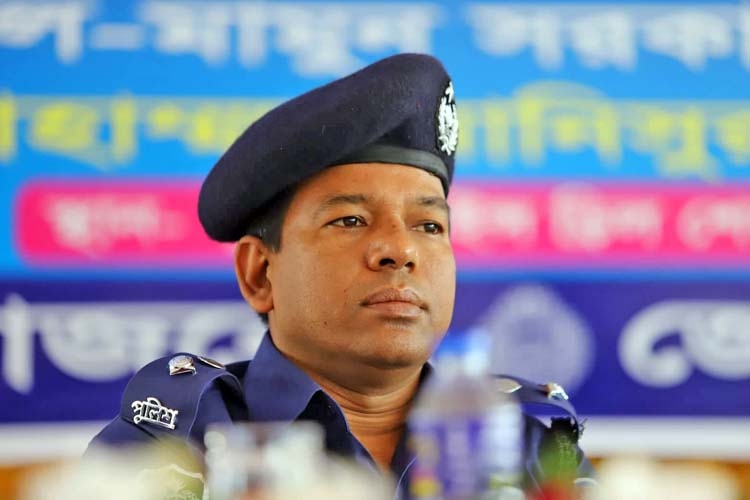 ASP Mohammad Alamgir Hossain
At a time when coming into the limelight through publicity has become a trend, Mohammad Alamgir Hossain, additional police super (administration and crimes), has adopted a stance opposed to the trend. He has relentlessly been working with sincerity and efficiency through avoiding publicity, photo sessions and unnecessary formalities, according to local people in Brahmanbaria.
Alamgir Hossain has been the recipient of several awards in recognition of his outstanding devotion, integrity and sense of duty prior to joining Brahmanbaria police. Owing to his smart and timely steps in probing what looked like completely clueless cases, crimes in Brahmanbaria have been significantly reduced. He is today a role model in the police force.
Mohammad Alamgir Hossain, belonging to the police cadre of the 25th batch of the Bangladesh Civil Service, took over as additional superintendent of police in Brahmanbaria on October 8 last year. He has since been promoted to the position of superintendent of police. He has, through sheer professionalism and diligence, has cracked the mystery behind several clueless killings in the district within a short period of time.
His performance is in sharp contrast to that of police officers, related to the clueless cases, who had said it was very difficult to unearth the mystery behind crimes as no witnesses could be found.
Alamgir Hossain has been using information technology (IT) effectively to find out the motives behind criminal acts. As Mohammad Alamgir Hossain put it, "I have been performing my professional duties with sincerity. I will continue my mission to serve people with cooperation from all."
---Ashiqur Rahman Mito, Brahmanbaria, AA