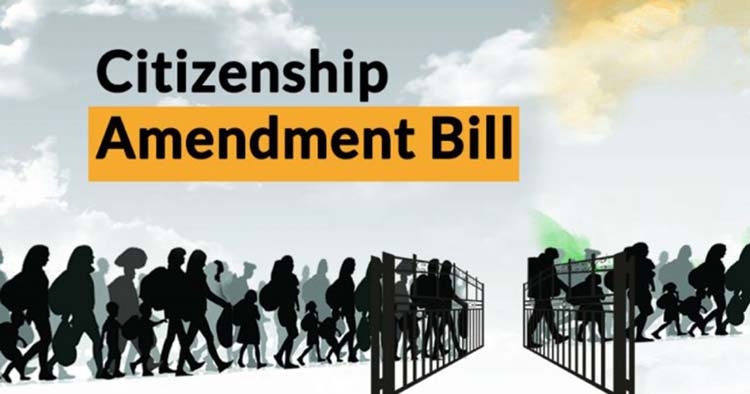 In the beginning of January 2020 two very disturbing events were reported from Pakistan. One was the attack on Nankana Sahib, the holy shrine where Sant Guru Nanak was born. While one report said that the place has been desecrated, the other stated that it was a fight between two Muslim groups. Prime Minister of Pakistan Imran Khan condemned the incident and the main accused Imran Chisti was arrested.
The matter related to abduction and conversion of a Sikh girl Jagjit Kaur, daughter of Pathi (One who reads Holy Guru Granth Sahib in Gurudwara) of the Gurudwara. In another incident one Sikh youth Ravinder Singh, who was out on shopping for his marriage, was shot dead in Peshawar.
While these condemnable attacks took place on the Sikh minority in Pakistan, BJP was quick enough to jump to state that it is events like this which justify the Citizenship Amendment Act (CAA). Incidentally CAA is the Act which is discriminatory and relates to citizenship with Religion, which is not as per the norms of Indian constitution. There are constant debates and propaganda that population of Hindus has come down drastically in Pakistan and Bangladesh.
Amit Shah, the Home minister stated that in Pakistan the population of Hindus has come down from 23% at the time of partition to 3.7% at present. And in Bangladesh it has come down from 22% to present 8%.
While not denying the fact that the religious minorities are getting a rough deal in both these countries, the figures which are presented are totally off the mark. These figures don't take into consideration the painful migrations, which took place at the time of partition and formation of Bangladesh later. Pakistan census figures tell a different tale. Their first census was held in 1951.
As per this census the overall percentage of Non Muslim in Pakistan (East and West together) was 14.2%, of this in West Pakistan (Now Pakistan) it was 3.44 and in Eat Pakistan it was 23.2. In the census held in Pakistan 1998 it became 3.72%. As far as Bangladesh is concerned the share of Non Muslims has gone down from 23.2 (1951) to 9.6% in 2011.
The largest minority of Pakistan is Ahmadis, (https://minorityrights.org/ country/pakistan/) who are close to 4 Million and are not recognised as Muslims in Pakistan. In Bangladesh the major migrations of Hindus from Bangladesh took place in the backdrop of Pakistan army's atrocities in the then East Pakistan.
As far as UN data on refugees in India it went up by 17% between 2016-2019 and largest numbers were from Tibet and Sri Lanka.(https://www.un.org/en/development/desa/population/migration/publications/migrationreport/docs/MigrationReport2017_Highlights.pd)
The state of minorities is in a way the index of strength of democracy. Most South Asian Countries have not been able to sustain democratic values properly. In Pakistan, the Republic began with Jinnah's classic speech where secularism was to be central credo of Pakistan.
This 11th August speech was in a way what the state policy should be, as per which people of all faiths are free to practice their religion. Soon enough the logic of 'Two Nation theory" and formation of Pakistan, a separate state for Muslim took over. Army stepped in and dictatorship was to reign there intermittently.
Democratic elements were suppressed and the worst came when Zia Ul Haq Islamized the state in collusion with Maulanas. The army was already a strong presence in Pakistan. The popular formulation for Pakistan was that it is ruled by three A's, Army, America and Allah (Mullah).
Bangladesh had a different trajectory. Its very formation was a nail in the coffin of 'two nation theory'; that religion can be the basis of a state. Bangladesh did begin as a secular republic but communal forces and secular forces kept struggling for their dominance and in 1988 it also became Islamic republic.
At another level Myanmar, in the grip of military dictatorship, with democratic elements trying to retain their presence is also seeing a hard battle. Democracy or not, the army and Sanghas (Buddhist Sang has) are strong, in Myanmar as well. The most visible result is persecution of Rohingya Muslims.
Similar phenomenon is dominating in Sri Lanka also where Budhhist Sanghas and army have strong say in the political affairs, irrespective of which Government is ruling. Muslim and Christian minorities are a big victim there, while Tamils (Hindus, Christians etc.) suffered the biggest damage as ethnic and religious minorities. India had the best prospect of democracy, pluralism and secularism flourishing here.
The secular constitution, the outcome of India's freedom struggle, the leadership of Gandhi and Nehru did ensure the rooting of democracy and secularism in a strong way.
India so far had best democratic credentials amongst all the south Asian countries. Despite that though the population of minorities rose mainly due to poverty and illiteracy, their overall marginalisation was order of the day, it went on worsening with the rise of communal forces, with communal forces resorting to identity issues, and indulging in propaganda against minorities.
While other South Asian countries should had followed India to focus more on infrastructure and political culture of liberalism, today India is following the footsteps of Pakistan. The retrograde march of India is most visible in the issues which have dominated the political space during last few years. Issues like Ram Temple, Ghar Wapasi, Love Jihad, Beef-Cow are now finding their peak in CAA.
India's reversal towards a polity with religion's identity dominating the political scene was nicely presented by the late Pakistani poetess Fahmida Riaz in her poem, Tum bhi Hum Jaise Nikle (You also turned out to be like us). While trying to resist communal forces has been an arduous task, it is becoming more difficult by the day.
This phenomenon has been variously called, Fundamentalism, Communalism or religious nationalism among others. Surely it has nothing to do with the religion as practiced by the great Saint and Sufi traditions of India; it resorts mainly to political mobilization by using religion as a tool.


The writer is a rights activist
based in India