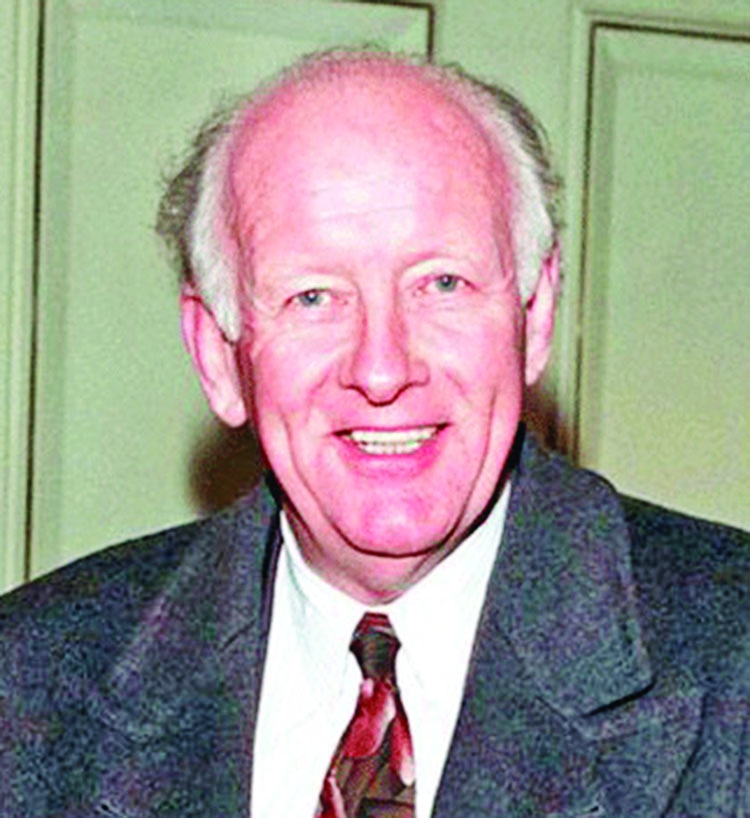 Frank Joseph Bough is a retired English television presenter. He is best known as the former host of BBC sports and current affairs shows including Grandstand, Nationwide and Breakfast Time, which he launched alongside Selina Scott and Nick Ross. Over a long broadcasting career, Bough became renowned for his smooth, relaxed and professional approach to live broadcasts, once being described as "the most unassailable performer on British television". In 1987, Michael Parkinson said:
"If my life depended on the smooth handling of a TV show, Bough would be my first choice to be in charge." In 1988, Bough was sacked by the BBC, following revelations that he had taken cocaine and visited brothels.  He later presented programmes on LWT, ITV, Sky TV and on London's LBC radio before his retirement in 1998. Bough was born in Fenton, Stoke-on-Trent and Staffordshire.