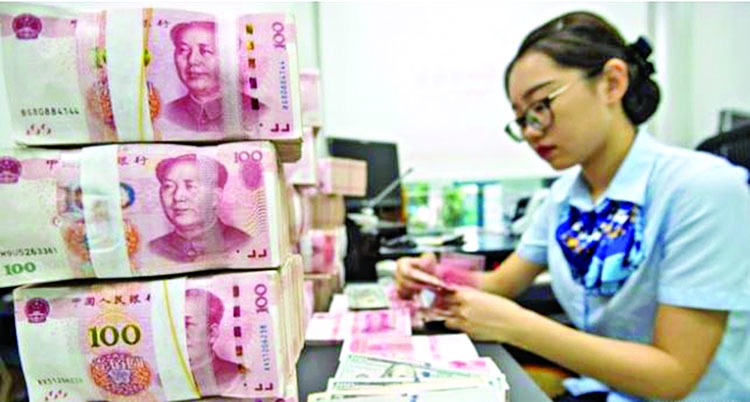 People move past a hoarding of Amazon India outside a metro rail station in New Delhi, India, October 23, 2019. -Reuters
Big e-commerce firms should not offer steep discounts, must disclose discounting policies and ensure they do not drive brick-and-mortar rivals out of business, India's antitrust chief said as his commission launched a probe into Amazon.com and Walmart's Flipkart.
The remarks come ahead of a visit by Amazon's CEO Jeff Bezos to India this week - one likely to marked by much tension with the country's small business owners planning protests in 300 cities as they step up their campaign against what they see as unfair business practices. In particular, the shopkeepers accuse the two U.S. giants of indulging in heavy discounts and giving preferential treatment to select sellers.
Openness about discounting policies and how companies use customers' data is essential, said Ashok Kumar Gupta, chairman of the Competition Commission of India (CCI). "If you are absolutely clean, come out, put it (details) on your website. So that everybody knows and there is nothing opaque," he told Reuters in an interview. "Otherwise there will be complaints, we will inquire - why do you want to subject yourself to this type of investigation if you are open about it."
He did not refer to the companies by name. But just hours after his comments, the commission on Monday said it would be investigating Amazon and Flipkart, noting allegations of deep discounting and promoting "preferred sellers".
Bezos will likely participate in an Amazon event in New Delhi, sources have said.
He has also sought meetings with the prime minister and other government officials, according to one source.  Amazon has committed $5.5 billion in India investments, while Walmart in 2018 pumped in $16 billion to buy a majority stake in Flipkart, its biggest deal.
Groups representing more than 70 million brick-and-mortar retailers say both firms violate India's foreign investment rules which were aimed at preventing sharp online discounts. The companies deny the allegations.
Gupta said there was nothing wrong in giving discounts if you were an insignificant player, but "once you acquire market power, you cannot continue with these practices because you will start hurting the incumbent players."
The CCI has said India is the world's fastest growing e-commerce market, expected to grow at an annual rate of 51% between 2017 and 2020. It estimates the sector will generate revenues of $120 billion this year.
"This sector has got us a lot of benefits ... We want this sector to grow, no doubt about it," Gupta said. The CCI has asked its investigations arm to complete the probe within 60 days but typically such probes take much longer.
---Reuters, New Delhi