Nobel, Shokh pair up again in drama 'B Positive' 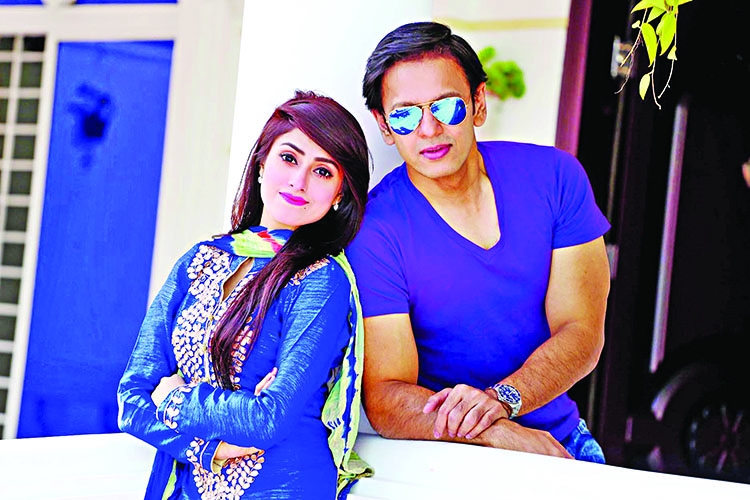 Once again, Anika Kabir Shokh has worked closely with popular model Nobel. With the goal of airing on Eid, the playwright Rupak Bin Rauf has begun making a drama. The name of the drama is 'B Positive'.
The shooting started at different locations in Uttara recently. Apart from writing the story, Sabbir Chowdhury is also working as the executive producer of the drama. In the drama, Nobel plays the role of an honest and devoted service holder and Shokh plays the role of a housewife.
About this, model and actor Nobel said, "There is a lot of inconsistencies in our society. There is a lot to like in this drama. And as a co-artist, Shokh is always lively. She is doing very well in modeling, advertising, drama or film. This new work will also be a good thing."
"Working with the Nobel seems like a dream to me all the time," said Shokh. "His sincerity fascinates me. I enjoy every work that I do with him. I was hoping to work in a drama like this. Hope everyone will like it." The executive producer said that the drama is being made to be broadcast on RTV next Eid.