'Kalurghat Bridge construction will be visible in one year' 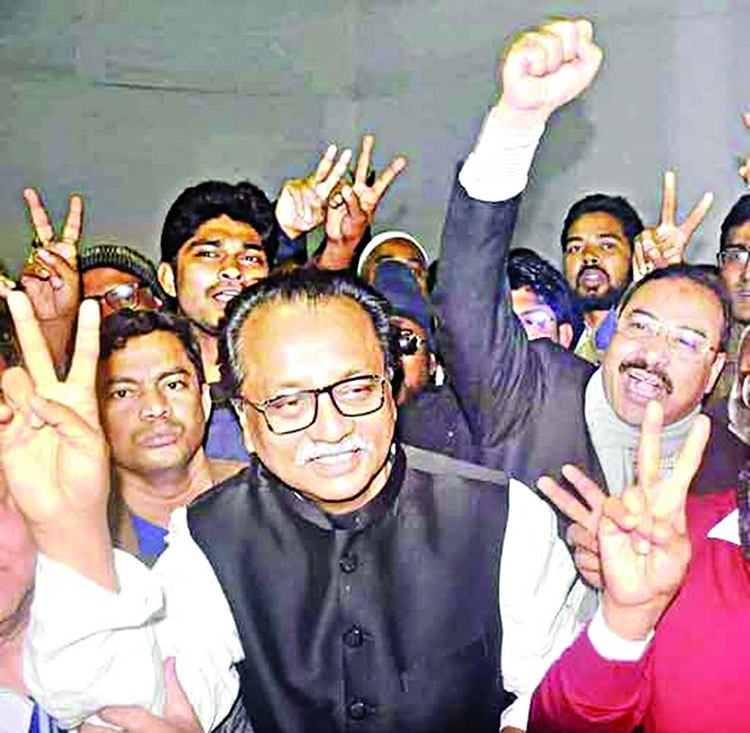 The construction of the much-anticipated Kalurghat Bridge in Boalkhali will be visible in the next one year, Chattogram-8 constituency by-election winner Awami League candidate Moslem Uddin Ahmed announced this.He said this in response to the immediate response of the victory on Monday night.
Moslem Uddin Ahmed said that the Kalghat Bridge is a much-desired topic for the Boalkhali and southern Chattogram peoples. The Prime Minister is also sincere about the Kalurghat Bridge.
The Communications and Bridge Minister has also said that he will extend his full cooperation to the Kalurghat Bridge. My first task will be to start the construction of the Kalurghat Bridge. The construction of Kalurghat Bridge will be visible within the next one year.
He said that I will work for the development of areas where there was not enough development in Boalkhali. With the help of the city corporation of all the wards of the city under this constituency, I will work to solve the basic problems of the people and to develop the areas.
Moslem Uddin Ahmed expressed his gratitude to the people and party leaders of the Chattogram-8 constituency. City Mayor and Awami League general secretary AJM Nasir Uddin was present with him while he said this.AJM Nasir Uddin said, "I see this victory as an Awami League's victory. The people's decision is reflected in this election. The BNP's lies about EVM have been proven wrong."
On Monday night, Chittagong Regional Election Officer and Returning Officer Mohammad Hasanuzzaman announced the results of the Chattogram-8 constituency election at the temporary office in the Gymnasium field of the city.Moslem Uddin Ahmed got a total of 87, 246 votes with the boat symbol. His nearest rival BNP candidate Md Abu Sufian got 17, 935 votes.
Among the candidates except Moslem Uddin and Abu Sufyan, Bangladesh Nationalist Front (BNF) Chairman SM Abul Kalam Azad got 1, 185 votes, Syed Mohammad Farid Uddin Chairperson of Islamic Front Bangladesh got  992 votes, Bapon Dash Gupta of NAP got 656 votes and Independent candidate Mohammad Emdadul Haque got 567 votes.
In this by-election, there were 4, 74, 485 voters in 170 centers. However, on Monday, between 9am to 5pm, the voter turnout was 1, 08, 581 voters.The Election Commission said that it was 22.94 percent of the total votes. The whole voting was conducted on EVM system.
In the 11th parliamentary election, the candidate of the Mohajot in the Chattogram-8 constituency Moin Uddin Khan won the election with boat symbol by getting 2, 72, 878 votes. At that time, his nearest rival, BNP candidate Abu Sufyan, got 59, 135 votes.
Parliament member Moin Uddin Khan Badal died on November 7 last year while undergoing treatment at Narayan Heart Disease Research Institute and Hospital in Bangalore, India. The Election Commission then held its by-election.