Govt may look into it upon appeal: AG 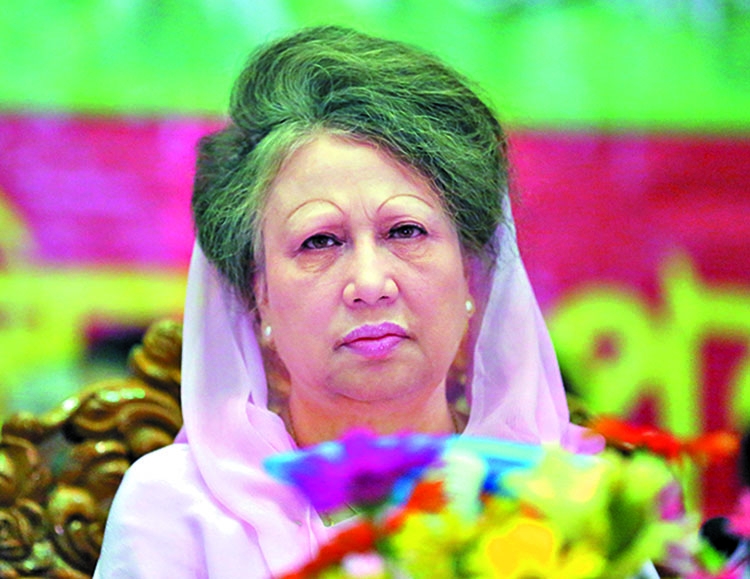 Attorney General Mahbubey Alam has said the government may look into the suspension of BNP Chairperson Khaleda Zia's sentence upon an appeal in this regard. He came up with the remark while talking to reporters at his office at the Supreme Court on Tuesday.
Mahbubey Alam said, "Usually, any sentence is suspended if a convict serves jail term for a long time. The government can suspend jail term of such convicts under special consideration. If they (BNP) can make out such a case, then the government will look into it."
Pointing at the Code of Criminal Procedure, 401(1), senior Supreme Court lawyer Khandaker Mahbub Hossain on Thursday demanded suspension of Khaleda's sentence to allow her to take treatment abroad as per her will.
According to The Code of Criminal Procedure, 401(1), "When any person has been sentenced to punishment for an offence, the government may at any time without conditions or upon any conditions which the person sentenced excepts, suspend the execution of his sentence or remit the whole or any part of the punishment to which he has been sentenced."
Khaleda Zia has been in jail since February 8, 2018 after she was sentenced to five years' imprisonment in Zia Orphanage Trust graft case.
She has been receiving treatment at Bangabandhu Sheikh Mujib Medical University (BSMMU) since April 1 last.Her party has been accusing the government of not providing adequate treatment facilities to Khaleda.