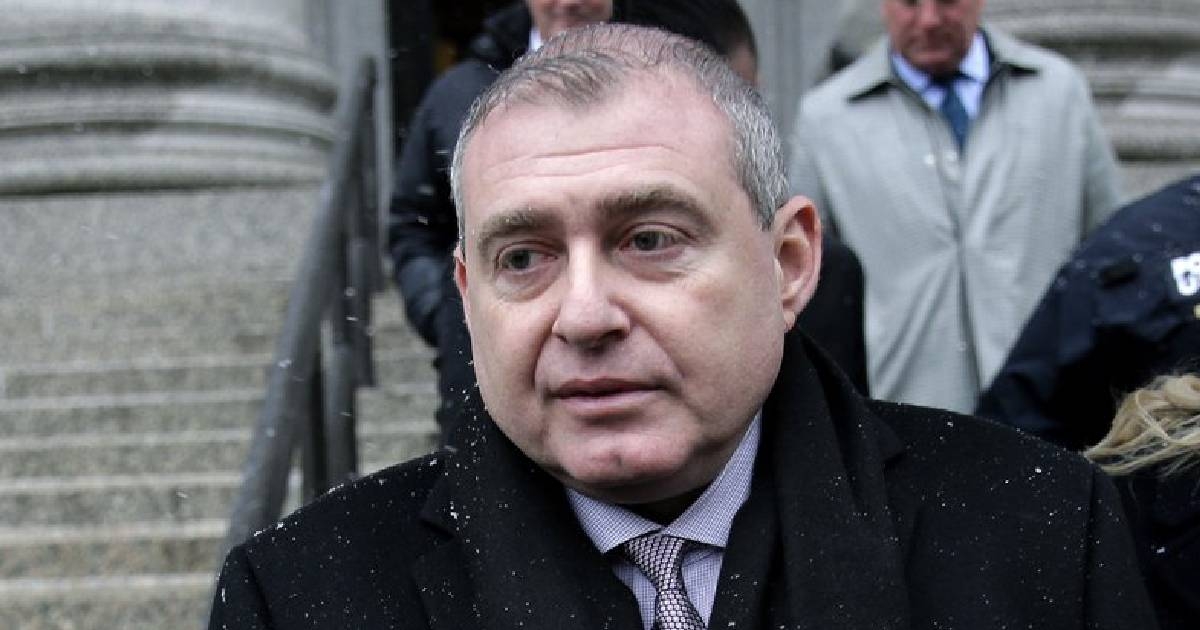 House Democrats have released a trove of documents they obtained from Lev Parnas, a close associate of President Donald Trump's personal lawyer Rudy Giuliani, including a handwritten note that mentions asking Ukraine's president to investigate "the Biden case."
The documents, obtained as part of the impeachment investigation, show Parnas communicating with Giuliani and another attorney before the removal of Marie Yovanovitch, who was the U.S. ambassador to Ukraine. A man named Robert F. Hyde disparaged Yovanovitch in messages to Parnas and gave him updates on her location and cell phone use, raising questions about possible surveillance.
Democrats released the files Tuesday as they prepared to send articles of impeachment to the Senate for Trump's trial. The documents add new context to their charges that Trump pressured Ukraine to investigate Democrats as he withheld military aid.
Parnas was in frequent communication with Giuliani and with Ukrainian officials, the messages show. He appeared to be pushing unsubstantiated allegations that Democrat Joe Biden and his son, Hunter Biden, were somehow engaged in corruption in Ukraine.
Among the documents is a screenshot of a previously undisclosed letter from Giuliani to Ukrainian President Volodymir Zelenskiy dated May 10, 2019, which was before Zelenskiy took office. In the letter, Giuliani requests a meeting with Zelenskiy "as personal counsel to President Trump and with his knowledge and consent."
One of the documents is a handwritten note on stationery from the Ritz-Carlton Hotel in Vienna that says "get Zalensky to Annonce that the Biden case will be Investigated." Trump asked Zelenskiy in a July call to investigate his political rival, Democrat Joe Biden, and his son Hunter. Hunter Biden served on the board of a gas company based in Ukraine.
Democrats said that Parnas' attorney confirmed that Parnas wrote the notes.
The documents — including phone records, texts and flash drives turned over by Parnas — were sent to the House Judiciary Committee by three other House panels "to be included as part of the official record that will be transmitted to the Senate along with the Articles of Impeachment," according to a statement. Some of the materials were made public while others were marked as sensitive.
Parnas and his business partner, Igor Fruman, both U.S. citizens who emigrated from the former Soviet bloc, were indicted last year on charges of conspiracy, making false statements and falsification of records. Prosecutors allege they made outsize campaign donations to Republican causes after receiving millions of dollars originating from Russia.
In several of the documents, Parnas communicated with Giuliani and another attorney, Victoria Toensing, about the removal of Yovanovitch. The ambassador's ouster, ordered by Trump, was at the center of the Democrats' impeachment inquiry. Yovanovitch testified in the House impeachment hearings that she was the victim of a "smear campaign."
Trump on a July 25 call had promised Zelenskiy that Yovanovitch was "going to go through some things." Roughly two months earlier, she was recalled from her diplomatic post.
On April 23, the day before Yovanovitch was directed to return to the United States, Giuliani texted Parnas, "He fired her again." Parnas texted back, "I pray it happens this time I'll call you tomorrow my brother."
Parnas also received messages from Hyde, who referred to Yovanovitch as a "bitch." Hyde is now running for a U.S. House seat in Connecticut.
After texting about the ambassador, Hyde gave Parnas detailed updates that suggested he was watching her. In one text, Hyde wrote: "She's talked to three people. Her phone is off. Her computer is off." He said she was under heavy security and "we have a person inside."
Hyde at one point texted Parnas that ''they are willing to help if we/you would like a price," and "guess you can do anything in Ukraine with money ... is what I was told."
Parnas texted back: "lol."
Lawrence Robbins, an attorney for Yovanovitch, called for an investigation in to the messages.
"Needless to say, the notion that American citizens and others were monitoring Ambassador Yovanovitch's movements for unknown purposes is disturbing. We trust that the appropriate authorities will conduct an investigation to determine what happened."
Hyde could not immediately be reached and did not respond to requests for comment.
The text messages show that Parnas consulted Giuliani in Jan. 2019 after the U.S. denied a visa for former Ukrainian Prosecutor General Viktor Shokin. Giuliani replied: "I can revive it."
The following day, Giuliani told Parnas: "It's going to work I have no 1 in it." Giuliani then predicted "he will get one" before giving Parnas the phone number for Jay Sekulow, the leader of the president's personal legal team. Sekulow is expected to be part of Trump's legal team during the impeachment trial.
A federal judge earlier this month ruled that Parnas could provide the materials to Congress as part of the impeachment proceedings.
Democrats voted in December to impeach Trump for abuse of power and for obstruction of Congress.