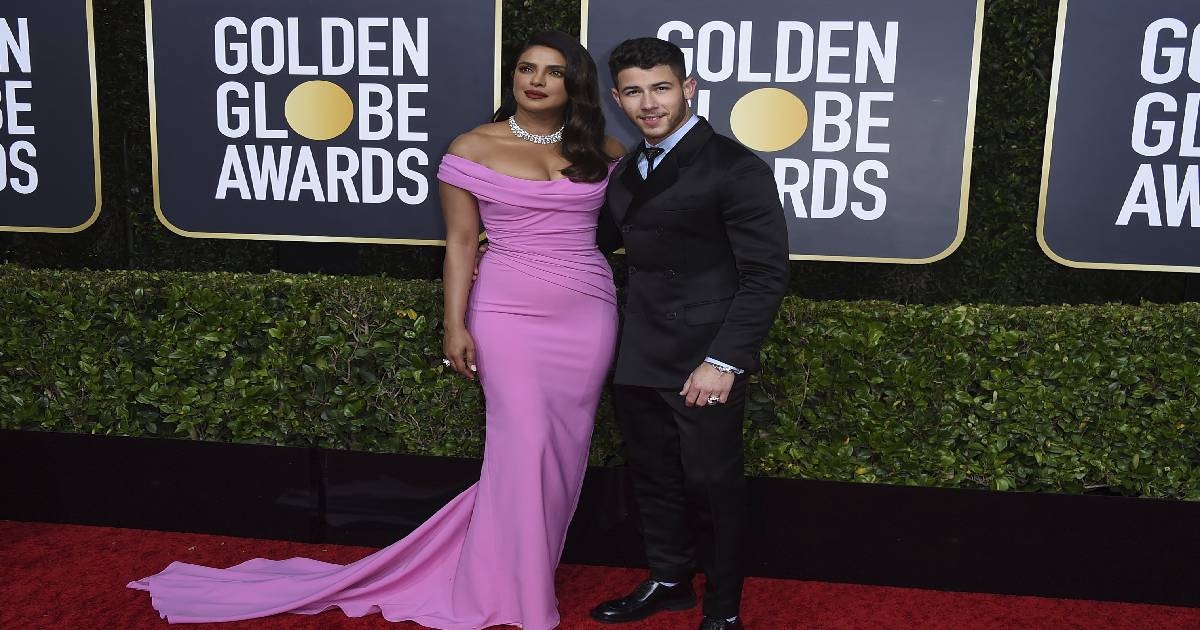 Priyanka Chopra Jonas will star opposite Richard Madden in the U.S. edition of "Citadel," a drama series to be produced in conjunction with programs from several other countries.
"The idea is to create a truly global, action-packed spy series," Amazon Studios chief Jennifer Salke said. "It's a totally innovative, multifaceted international approach to storytelling, and we can't wait to tell you more as it comes together."
Local-language productions are being done in Italy and India, with another announced Tuesday in Mexico. Amazon called the U.S. version the "mothership" of the project, with production set to begin this summer.
Film star Chopra Jonas was in the ABC TV series "Quantico." Madden starred in the award-winning BBC and Netflix series "Bodyguard."
The other "Citadel" productions will "enhance the experience of engaging with the show," Salke said. Further details and release dates were not announced.
Also announced by the streaming service during its presentation at a TV critics meeting:
— Meagan Good is among the stars of an upcoming Amazon comedy from "Girls Trip" creator Tracy Oliver.
The untitled, half-hour series revolves around four African American college friends in pursuit of their dreams, the streaming service said.
Good ("Star," "Think Like a Man") plays the "stylish, sunny" Camille, who teaches an anthropology course on sex and love at Columbia University. Also starring are Grace Byers ("Empire"), Jerrie Johnson ("Good Trouble") and Shoniqua Shandai ("I Am the Night").
Byers plays trust-fund baby and fashion designer Quinn; Shandai portrays aspiring singer Angie and Johnson plays Tye, described as "an alpha fierce, queer successful app developer."
The series reunites Oliver with "Girls Trip" director Malcolm D. Lee, who will direct the first two episodes. Pharrell Williams is joining the show's executive producers, which include Oliver and Amy Poehler,
— Amazon is touting the cast of a new "The Lord of the Rings" series as multi-generational actors "from around the globe," including British-Iranian actress Nazanin Boniadi and Australian actor-musician Tom Budge.
But the streaming service declined to say which characters — or the races — they or other cast members announced Tuesday will be playing. Other details of the production also are being kept under wraps but "everything is moving forward," Salke said.
The series will "explore new storylines" preceding J.R.R. Tolkien's "The Fellowship of the Ring," Amazon said.
Other actors in the series based on Tolkien's works include Joseph Mawle, who played Benjen Stark on "Game of Thrones," Morfydd Clark ("His Dark Materials") and Ismael Cruz Cordova ("Ray Donovan," Mary Queen of Scots").