Students back in court over Confederate statue case 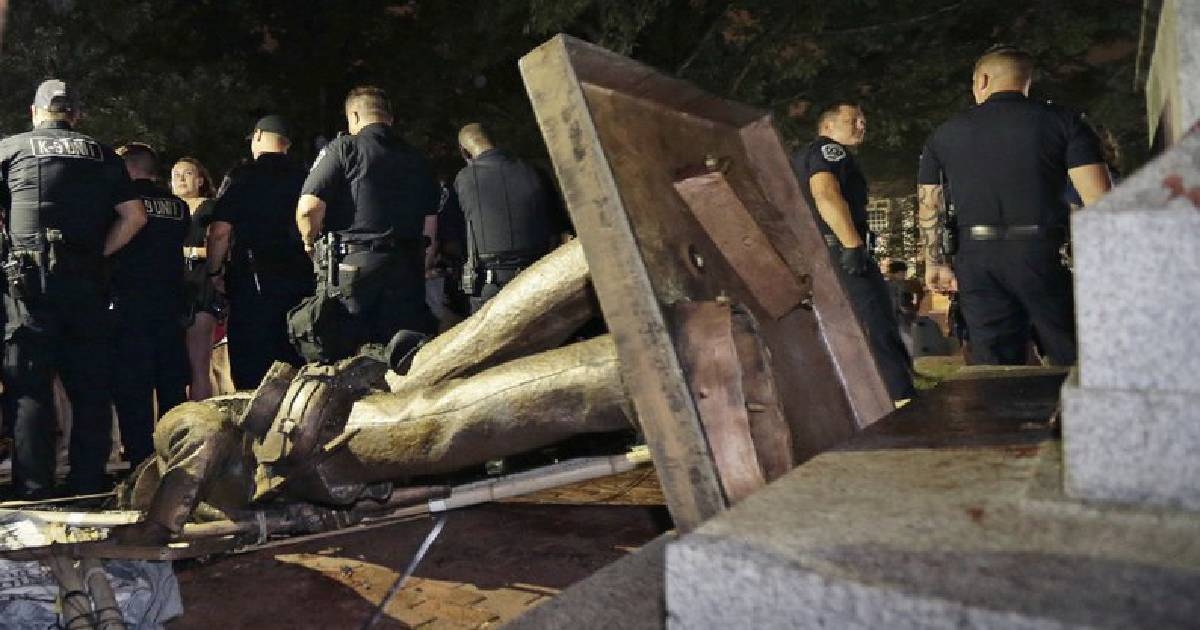 A national civil rights organization filed an appeal Tuesday on behalf of University of North Carolina students who want to intervene in a settlement that gives $2.5 million and a Civil War commemorative statue to a Confederate heritage group.
The Lawyers' Committee for Civil Rights Under Law filed the appeal on behalf of five students and a faculty member who want to intervene in the deal between the UNC Board of Governors and the North Carolina Division of Sons of Confederate Veterans regarding the statue of the Confederate soldier known as "Silent Sam."
They also want to halt any further proceedings in the trial court and prevent disbursement of the $2.5 million pending a review by the state Court of Appeals.
"We have been told repeatedly that this settlement was negotiated in the interest of student safety - but truly what safety is there in empowering a group rooted in racism and violence?" UNC-Chapel Hill sophomore De'Ivyion Drew said in a news release from the Lawyers' Committee.
In December, Judge Allen Baddour of Orange County ruled that the students lacked standing to become involved in the legal case. He signed that order Friday, the news release says.
Baddour did agree to hold a hearing Feb. 12 about whether the SCV had standing to bring the lawsuit regarding Silent Sam.
The UNC board and the Confederate group worked out the consent judgment that turned over the statue. Critics have questioned how the deal was quietly struck in a way that allowed the lawsuit and settlement to be filed in quick succession and then approved by Baddour just before Thanksgiving.
SCV attorney Boyd Sturges declined comment Tuesday, saying he hadn't read the appeal yet. Press Millen and Ripley Rand, attorneys who have represented the Board of Governors, didn't respond to emails seeking comment.
"The factual circumstances surrounding this case are deeply disturbing: the coordination between the parties, the obvious legal defects in the plaintiffs' claims, the rush to finalize this deal and get the court's approval before the public knew anything. We are taking action today because we believe it's critical to stop where we are and have the appellate court review this matter," said Mark Dorosin, a managing attorney for the Lawyers' Committee.
Meanwhile, the student newspaper at UNC-Chapel Hill has sued the UNC Board of Governors, saying it violated the state's open meetings laws by secretly negotiating and approving the deal to dispose of Silent Sam. DTH Media Corp., which publishes The Daily Tar Heel student newspaper, sued last week.
Silent Sam stood on the Chapel Hill campus for more than 100 years until protesters toppled it in August 2018. Critics say it symbolized racism and white supremacist views, while supporters argue the statue honored the memory of ancestors who died in the Civil War.