Rabab Fatima of Bangladesh elected President of UNICEF Executive Board 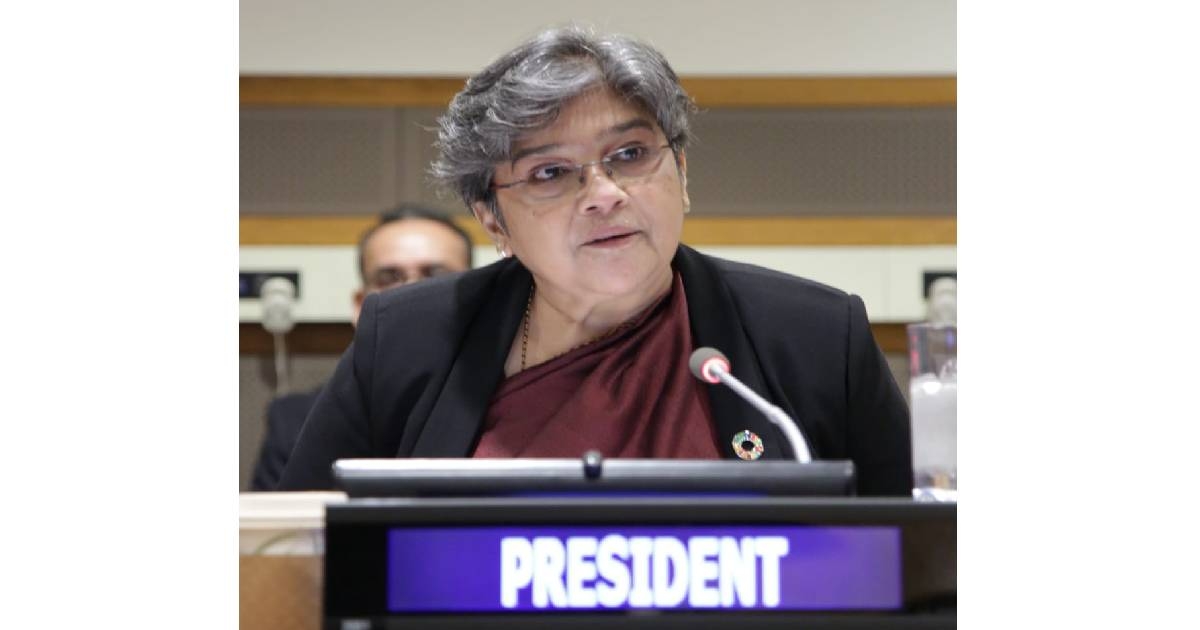 Ambassador Rabab Fatima, Bangladesh’s Permanent Representative (PR) to the United Nations, has been unanimously elected President of the UNICEF Executive Board at elections held Tuesday  at the UN Headquarters in New York.
Serving alongside her as Vice-Presidents will be the PRs of Lithuania and Morocco, and DPRs of Brazil and Switzerland, according to a message from the Bangladesh Permanent Mission at the UN.
With this election, Bangladesh will be able to contribute further to the work of the United Nations, this time in providing strategic guidance to its agency specializing in children’s causes.
Bangladesh was earlier elected to the Executive Board for the term 2019-2021 representing the group of Asia-Pacific Sates.
Ambassador Fatima recently joined as the Permanent Representative of Bangladesh to the United Nations in New York.
She succeeded Ambassador Masud Bin Momen as Bangladesh’s Permanent Representative who served as the Vice President of UNICEF Executive Board in 2019.
In her acceptance speech, Ambassador Rabab Fatima thanked the Board members for electing her, and for their confidence in Bangladesh’s leadership to address the challenges that continue to affect children across the globe, and for meaningful and impactful 2020 for UNICEF.
Ambassador Fatima assured UNICEF that the new Executive Board will work hard to bring new ideas to uplift the wellbeing of children and fight for their rights.
She applauded UNICEF’s persistent endeavor to improve the wellbeing of children, and emphasized that Bangladesh would help ensure, among other things that UNICEF activities are responsive to the needs and priorities of the recipient countries.
UNICEF Executive Director Henrietta H. Fore welcomed the new President and said that UNICEF looked forward to benefiting from her experience and wisdom.
Fore expressed optimism that Ambassador Fatima would spearhead the bureau’s guidance to the work of UNICEF.