Deforestation in Brazil’s Amazon up 85 percent in 2019 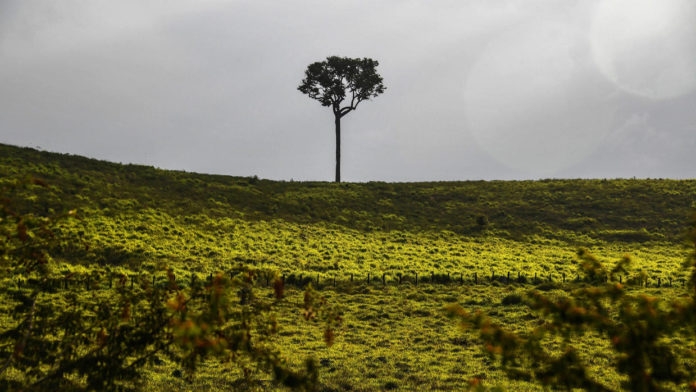 Deforestation in the Amazon rainforest in northern Brazil soared 85 percent in 2019, compared with the previous year, official data showed Tuesday.
The 9,166 square kilometers (3,539 square miles) cleared was the highest number in at least five years, according to Brazil’s National Institute for Space Research.
In 2018, the deforested area was 4,946 square kilometers.
The sharp increase overlapped the first year in office of President Jair Bolsonaro, a climate change skeptic who has eased restrictions on exploiting the Amazon’s vast riches.
The data was collected by the satellite-based DETER system, which monitors deforestation in real time.
It comes after fires ravaged swaths of the Amazon basin last year, igniting a global outcry and diplomatic feud between Bolsonaro and European leaders.
The number of fires in the rainforest rose 30 percent to 89,178 in 2019, compared with the previous year, the latest official data show.
Human Rights Watch on Tuesday called on Bolsonaro to reverse his environmental policy, which the campaign group says has accelerated land clearing and encouraged attacks on forest defenders.
In recent months, three indigenous people have been killed in two separate incidents in the northeastern state of Maranhao.
One of them died after being ambushed by loggers. The others were killed in a drive-by shooting.