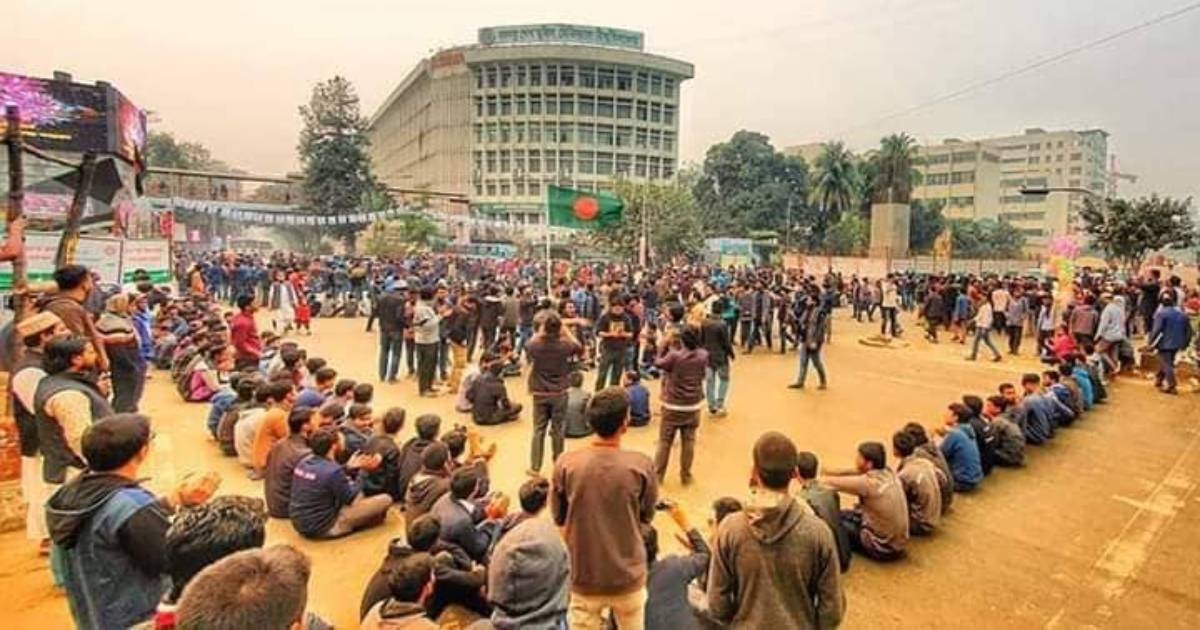 Police obstructed a group of Dhaka University students on Wednesday afternoon when they tried to march towards the Election Commission demanding deferment of the polls to the two Dhaka city corporations billed for January 30.
The students gathered in front of Raju sculpture at 1 pm and staged demonstrations carrying placards.
When the students started to march towards the Election Commission office at 1:30 pm as per their previously declared programmes, police obstructed them at Shahbagh intersection.
Then they took position at the intersection and are continuing their protests.
Earlier on Tuesday, the students blocked the intersection around 5pm after the High Court turned down a writ petition seeking its directive to defer the elections.
The court passed the order considering the progress in the election process and the Secondary School Certificate (SSC) examinations scheduled to take place on February 2.
On January 6, Advocate Ashoke Kumar Ghosh, a Supreme Court lawyer, filed the writ seeking its directive to defer the polls as Saraswati Puja, one of the biggest religious festivals of the Hindu community, will be celebrated across the country on the day.
On December 22 last, Chief Election Commissioner KM Nurul Huda announced the election schedule for the polls to DNCC and DSCC fixing January 30 as the voting date.