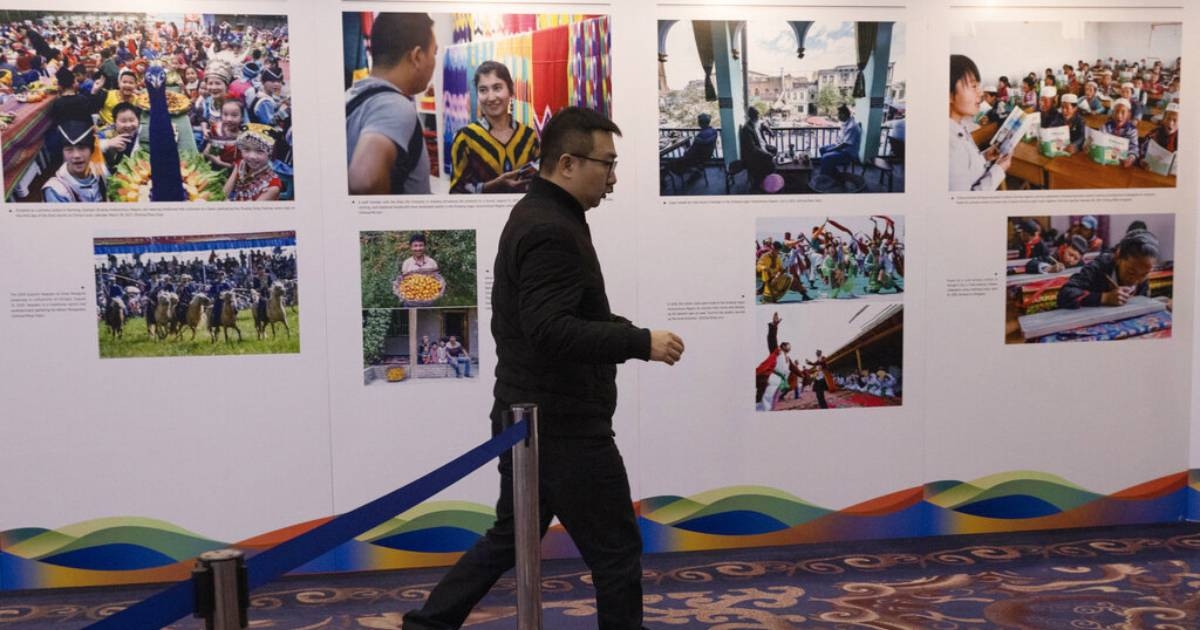 China has blasted a report from Human Rights Watch that accused it of constructing a surveillance state at home while seeking to silence critics abroad.

Foreign ministry spokesman Geng Shuang on Wednesday said he had not read the report but that such documents routinely "turned a blind eye on facts and confused right and wrong with no objectivity at all."

Geng said the Chinese people had the final say on the state of human rights in the country, which he described as "in the best period of history."

Under strongman leader Xi Jinping, China's ruling Communist Party has stepped up campaigns to crush political critics and extend its control over academia, religion and civil society. In recent years, Beijing has also been accused of seeking complete control over students and other Chinese living abroad, as well as influencing media and politicians in countries such as Australia and the U.S.

On Tuesday, the head of Human Rights Watch, Kenneth Roth, accused China of carrying out "the most intense attack on the global system for enforcing human rights since that system began to emerge in the mid-20th century."

Roth held a news conference at the United Nations Correspondents Association in New York after being denied entry to Hong Kong, the semi-autonomous Chinese city where he had been scheduled to release the rights group's annual report.

China is accused of locking up more than 1 million Uighurs and other Muslim ethnic minorities in its northwestern Xinjiang region in camps where they are subjected to political indoctrination and pressured to give up their religion. China denies any abuses and calls the camps centers for job training and de-radicalization.