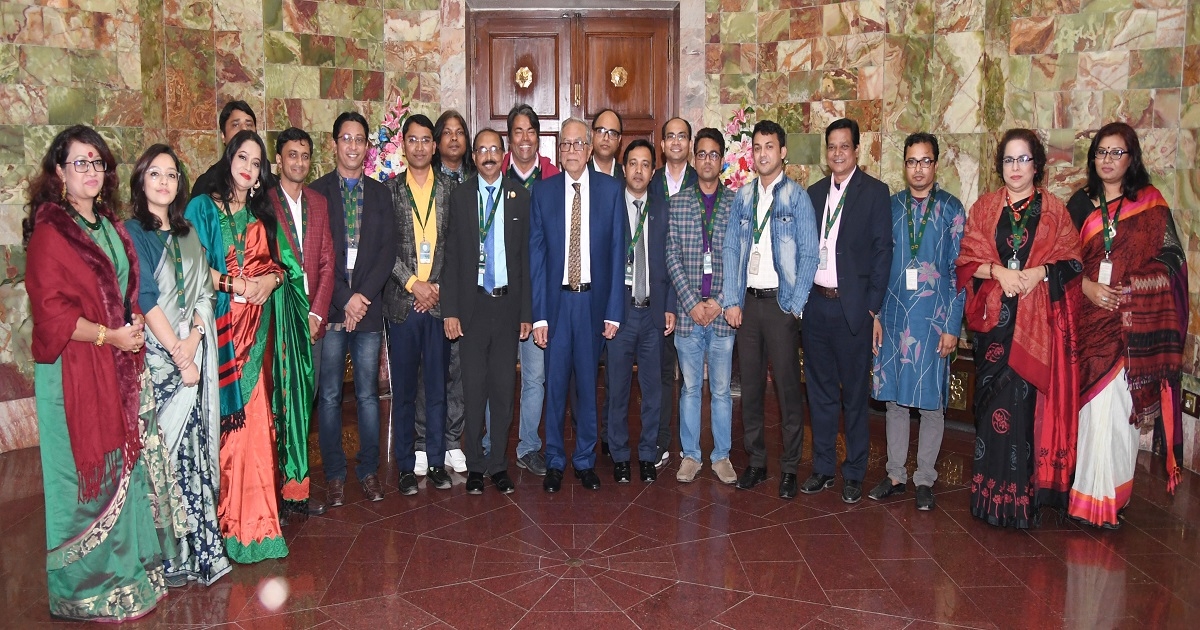 Noting that the country has made tremendous progress in many sectors, President Abdul Hamid on Wednesday said a positive behavioural change is needed for continuation of the development trend.

"Bangladesh is moving on the highway of development. Different countries are lauding the present development trend. So, a behavioural change is needed to continue the country’s development trend,” he said when a delegation of young writers, translators and litterateurs met him at Bangabhaban.

Writers, interpreters and litterateurs can uphold many positive things through their writings and they can also bring a positive change to people’s behaviour, the President said.

Abdul Hamid also advised them to inspire the new generation to uphold the spirit of the Liberation War and ideals of Father of the Nation Bangabandhu Sheikh Mujibur Rahman.

“If we go abroad, we have a reputation that all abide by the rules and regulations there properly. But if we follow these inside the country, Bangladesh will unleash more development,” he said.

The President gave a patient hearing to the delegation and discussed various contemporary issues.

Secretaries concerned to the President were also present there.