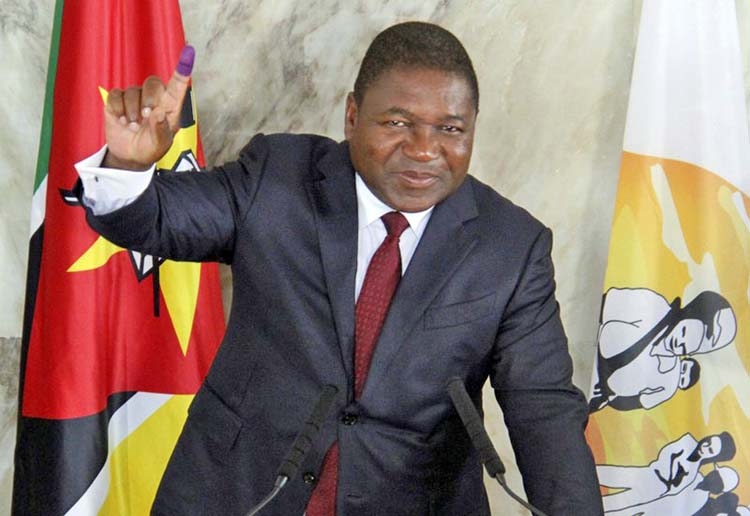 Filipe Nyusi
Mozambique's President Filipe Nyusi is being sworn in for a second and final term Wednesday after five turbulent years in office amid two armed insurgencies. Nyusi won re-election in October with 73% of the vote, while the opposition alleged irregularities.
Several African heads of state and the president of Portugal, the former colonial power, are expected to attend the inauguration in the southern African country of 30 million people. The crowning achievement of Nyusi's first term was meant to be the peace agreement signed in August with the armed opposition Renamo. Instead, it triggered fresh violence in central Mozambique by dissidents unhappy with the terms of the accord.
More than 15 armed attacks on vehicles in central Mozambique have been reported in recent months, killing 21 people. Nyusi's government is also battling to contain deadly attacks in the northernmost province of Cabo Delgado by extremists reportedly linked to the Islamic State group. An estimated 300 people have been killed, including by beheading, since the attacks began in 2017.
--AP, Mozambique