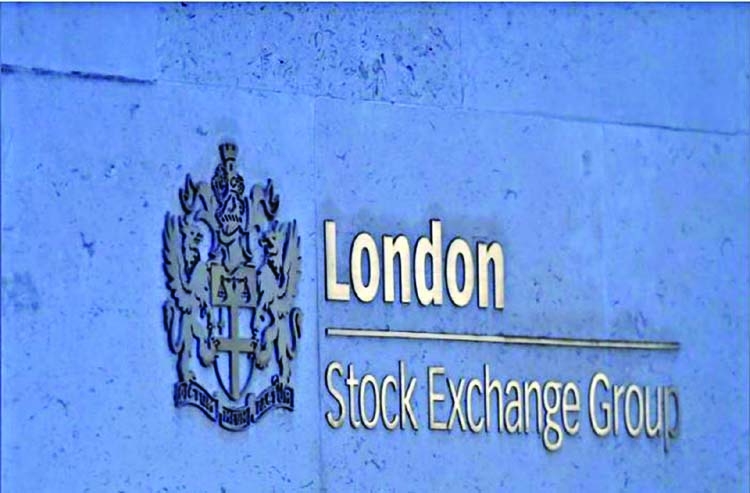 The London Stock Exchange Group offices are seen in the City of London, Britain, December 29, 2017. -Reuters
World stocks eased off record highs on Wednesday and US and German bond yields slipped, as euphoria over a US-China trade deal was tempered by US Treasury Secretary Steven Mnuchin saying tariffs on Chinese goods would remain in place for now.
The 18-month trade spat should enter a quieter phase as US President Donald Trump and Chinese Vice Premier Liu He sign an initial agreement that would boost Chinese purchases of US manufactured and agricultural goods, energy and services. Dubbed the Phase 1 deal, it may soothe markets which have been on edge as the conflict between the world's two largest economies hit hundreds of billions of dollars in goods, uprooted supply chains and slowed economic growth.
But share prices have pulled back from recent highs, with Wall Street closing weaker on Tuesday, MSCI's index of Asian shares outside Japan retreating from 19-month peaks and Japan's benchmark Nikkei likewise falling 0.5%, off a four-week high. MSCI's all-country equity index edged into the red after two days of gains while all three New York indexes are set to open weaker, futures suggested
The pan-European STOXX 600 index slipped 0.1%. The retreat was triggered by Mnuchin's comments that US tariffs on Chinese goods would stay until the completion of a second phase of a US-China trade agreement. Their eventual removal hinged on Beijing's compliance with the Phase 1 accord, Bloomberg reported, citing sources.
The news did not entirely surprise markets, however, and many attributed the pullback to profit-taking off the recent rally than to any turn in underlying sentiment.
---Reuters, London