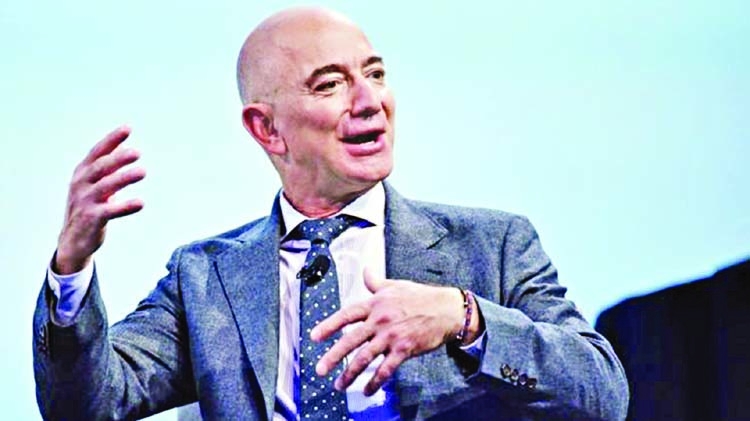 Amazon boss Jeff Bezos
Amazon boss Jeff Bezos has announced a major investment in India, saying the country is a key growth market. Mr Bezos said his firm will invest $1bn (£770m) in digitizing small and medium businesses - allowing them to sell and operate online.
Speaking at a company event in New Delhi, he also said the 21st Century is going to be the Indian century. The e-commerce billionaire's three-day visit to India is expected to be marred by protests.
Thousands of small traders across 300 cities have planned demonstrations against what they see as Amazon's negative impact on the local retail market. They allege Amazon is driving them out of business by offering sharply discounted products and favoring a few big sellers on its platform. Amazon denies the allegations. During today's address Mr Bezos said the dynamism, the energy... the growth.
This country has something special - and it's a democracy. He also said the online retail giant expects to export $10bn worth of India-made goods by 2025, and that Amazon has already committed to $5.5bn of investment in the country. India's e-commerce market is currently dominated by Amazon and Flipkart, which is owned by US retail giant Walmart.
But both companies suffered a setback last year when the Indian government introduced new laws that restrict foreign-owned online retailers from selling goods from their own subsidiaries.
Earlier this month a conglomerate run by Asia's richest man has started a service that aims to compete with Amazon in India. Mukesh Ambani's Reliance Industries said it had been inviting people to sign up to its grocery delivery service. The company is aiming to use its massive mobile phone customer base as a springboard for the business.
---BBC