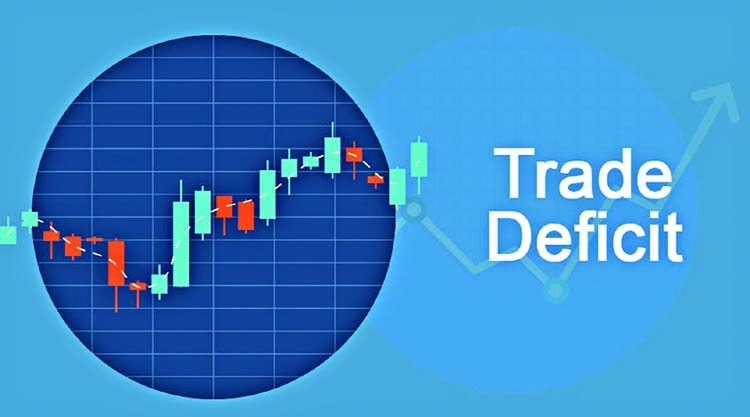 Bangladesh economy is likely to face challenges in the days to come since trade deficit is continuously widening breaking past records. The country's trade deficit now registered at $6.68 billion, the statistics released by Bangladesh Bank ( BB).  Sluggish growth of export in recent times is the key reason of widening trade gap that appears before us as a threat for our economy.
If trade deficit situation persists in our economy for longer period, the country would be unable to make import payments in due time resulting in losing desired economic image worldwide.
Against the backdrop of decreasing export to demand driven countries, the visionary government has taken a sharp decision to create 'Export Readiness Fund' ( ERF)  with $10 million financed by World Bank (WB). The move had been taken only for boosting export of the country's four promising sectors.
The four sectors are leather and leather goods, footwear, plastic and light engineering.  The fund might be increased in future depending on response rising from foreign buyers. I think this initiative would be a milestone for Bangladesh if the fund is distributed among the sectors with strategic ways.
There is no denying that the concerned ministry people led by head of the government are trying their level best to display Bangladeshi products worldwide. But, despite their efforts, export earnings from July to December of FY 2019-20 reached $19.30 billion against $20.49 billion fetched during the same period of the last fiscal. With 6.0 percent decline of export earnings, the economy is set to fall in problem shortly.
The growth momentum might have been falling with rising trade deficit. What is worrying that required foreign exchange reserve for import payment is seldom noticed? The economy has fallen in what to do situation with less than expected volume of foreign exchange reserve.
Some unnecessary importable items should completely be banned right now. It is good news that frozen meat import might be banned shortly that requires huge amount of foreign currency to pay. Some luxury hotels and food chains are continuously importing these items from 14 countries though the meat is available in Bangladesh to meet the demand. It is hoped that MERCOSUR states- Argentina, Brazil, Paraguay and Uruguay might take apparel items from Bangladesh in exchange of frozen meat according to proposal placed by a Bangladesh delegation led by commerce Minister. Brazil also agreed to the exchange proposal. Moreover, another key exportable item- tea is now being imported though tea production reached record 95 million kg in 2019.
According to published report, tea export has decreased since 1990 and the import of tea has been increasing every year. In 2017, Bangladesh exported only 0.4 million kg while imported 8.2 million kg in 2017 to meet the local demand. Truly speaking, tea had been one of major exportable items of Bangladesh since 1971. Bangladesh is gradually going to lose the global tea markets.
Apart from four promising sectors, more sectors should be included with ERF that helps to rise export items. There are many undiscovered sectors in Bangladesh that need financing. Our handcrafts made by rural women have become demandable to foreigners. But, the sector rarely gets financial assistance from state side.
Why? to increase export earnings in this moment,  there is no alternative to diversify our products. While visiting in country's remote areas, the people involved with hand- made products blame the country because of getting no financial assistance. They are truly supporting the country with producing exportable hand-made low cost products. The state has a role to explore this through forming a team led by local administration. I am sure that export earnings must be increased if ERF goes to the hands of small scale industries people.
The World Bank should supervise the exportable sectors whether the fund is properly being used or not. I request the Washington -based lender to stand by our sick exportable sectors by providing required amount of US dollar. Hundreds of sick industries across the country that lack in guidance must be promoted them anyhow.  We have to visit least developed and developing countries now to export our products there. Currently, European markets are expressing dissatisfaction over our services.
They are blaming the quality of products. So, the need for increasing the quality of exportable products is a must to bring foreign currency .  I believe Export Readiness Fund would play an important role in generating export earnings more than expectations. ERF would be blessing for our economy if the fund is properly used by the patriots.