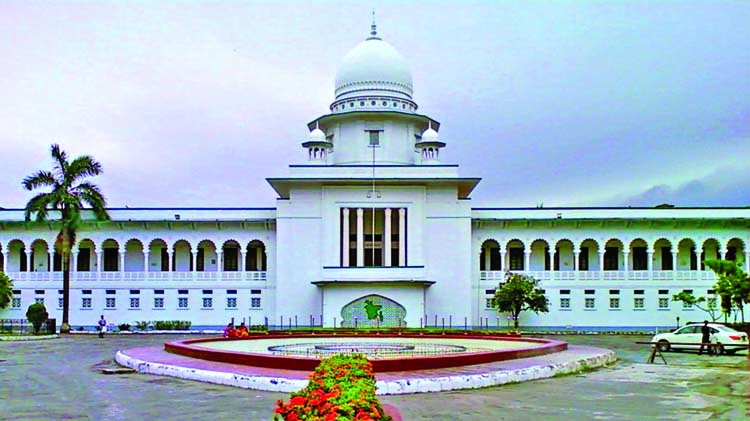 The High Court (HC) on Wednesday asked authorities concerned to take legal action against the vice chancellor (VC) of Jashore Science and Technology University (JUST) and two others for distorting photographs of Bangabandhu Sheikh Mujibur Rahman and Prime Minister Sheikh Hasina in a calendar.
HC division bench of Justice FRM Nazmul Ahasan and Justice KM Kamrul Kader passed the order on Wednesday, reports BSS. The bench also directed the cabinet secretary to take actions within one month against the university's VC, registrar and public relations officer.
"Declaring the incident as illegal, HC ordered the cabinet secretary should take action within a month following the Constitutions against the people who are guilty according to the investigation," Advocate MK Rahman told the media.
Earlier, a writ was filed by Jashore upazila vice chairman Md Anwar Hossain for the distortion of images of Bangabandhu and Prime Minister Sheikh Hasina on the calendar of Jashore University of Science and Technology. Following the High Court order, a committee was formed with an additional secretary of the ministry of education as the convener.
The committee found that, in the calendar, the VC's name was placed above the name of Bangabandhu, and pictures of the prime minister and Bangabandhu were incorrectly as well as inappropriately set up.