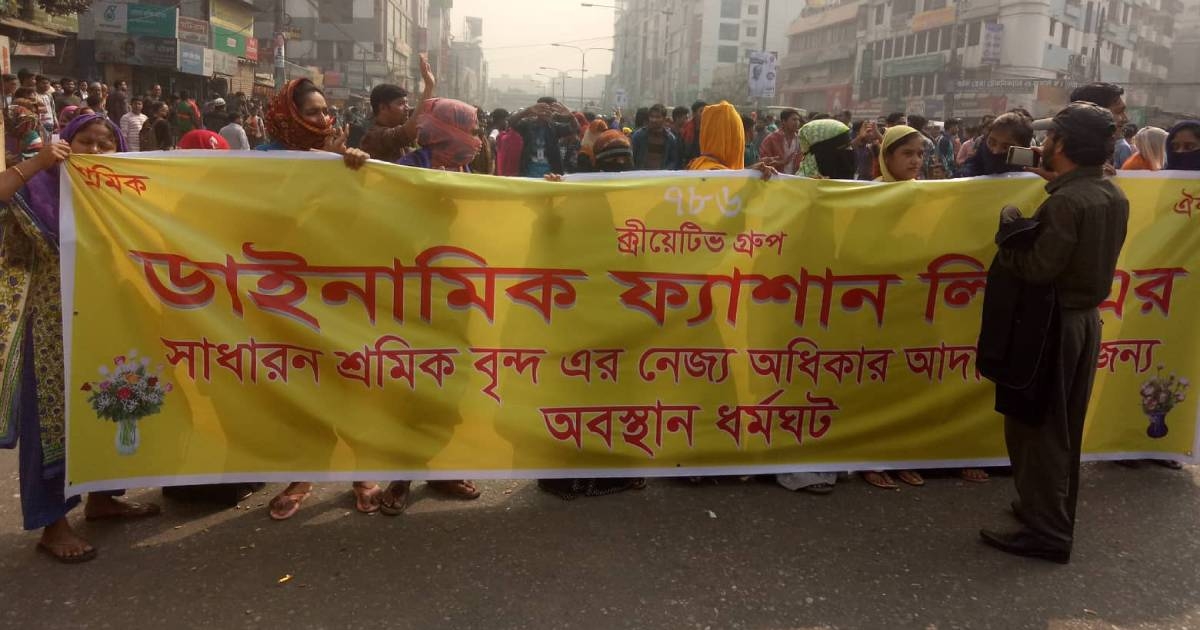 Traffic movement on the key Shyamoli road remained suspended for two hours when readymade garments workers staged demonstration demanding salary hike.
Some 150-200 workers of Dynamic Fashion Limited staged a sit-in on Shyamoli road and demonstrated to press home their demands including salary hike, said Inspector (investigation) of Adabor Police Station Selim Hossain.
Vehicular movement on the busy road stretching from Shyamoli to Kalyanpur remained halted for about two hours during the protests.
On information, police rushed in and removed the workers from the road.
Dynamic Fashions Ltd, established in 1996, mainly produces shirts. Its products are exported to countries like Netherlands, Belgium, UK, and the US, according to Mapped in Bangladesh (MiB).
The factory has an inspection listing under Accord and has a Workers Participation Committee (WPC). Most of its workers are female.