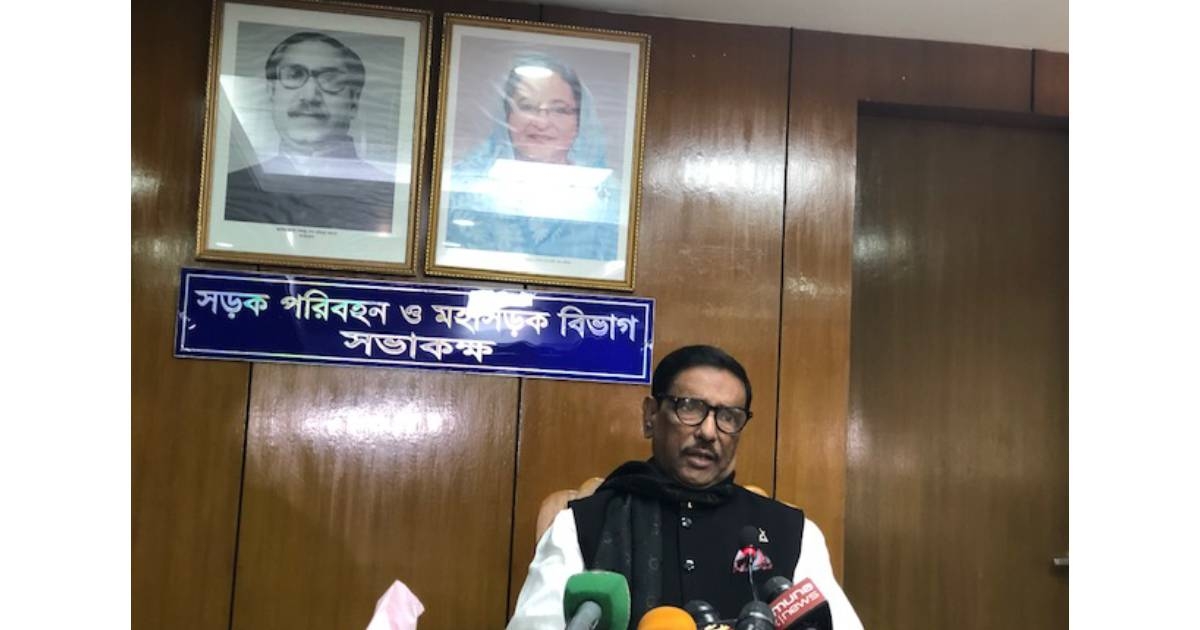 Road Transport and Bridges Minister Obaidul Quader on Thursday said the government is not interfering with elections to the Dhaka south (DSCC) and north (DNCC) city corporations.
“The Election Commission (EC) is not working at the order of the government. It is working independently,” he told reporters, responding to BNP’s allegation of influencing the EC’s work.
He said the government is not interfering with the election process. “It never will,” he added.
The minister said the people should abide by the order passed by the High Court regarding deferment of the Dhaka city polls. “Elections to the two city corporations will be held on January 30 (as per the court’s order),” he said, requesting demonstrators to call off their protests.
Replying to a question about Chhatra League’s involvement in the protest, the Awami League General Secretary said: “There are members of the Hindu community in the Chhatra League who might have taken part in the movement from their religious point of view.”
When asked whether the EC should have taken the religious issue into consideration, Quader said “Definitely, the EC should have considered it.”
He declined to comment on trying BNP candidate Ishraque Hossain for corruption. “The Anti-Corruption Commission (ACC) is dealing with the matter. You better ask them,” he said.
Referring to the violation of the electoral code of conduct, the Minister said the Election Commission can take necessary action. “They (the EC) should have been stricter in this regard,” he said.