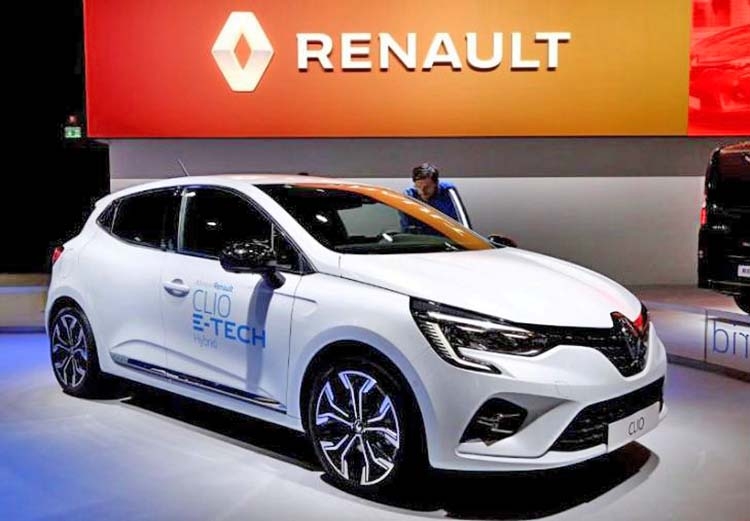 A Renault Clio E-Tech Hybrid car is seen at Brussels Motor Show, Belgium, January 9, 2020. -Reuters
Renault (RENA.PA) said on Friday it expected a slight decline in the car market in Europe, Russia and China this year after the French carmaker reported a 3.4% fall of worldwide sales in 2019 as China and Iran weighed.
Sales grew by 1.3% to 1.94 million units in Europe but fell 17.2% in China. Sales also fell by 19.3% in Africa, Middle East, India and the Pacific region, Renault said in a statement. Renault has suffered since August 2018 from the closure of the Iranian market where the company sold had around 101,000 vehicles, which it was not able to do last year.
In 2019, sales were also down 44.5% in Argentina and -26.5% in Turkey. Renault's Executive VP sales Olivier Murguet said at a press conference that the automotive market would slightly decline in Europe, Russia and China in 2020. The company also expects growth in the market in Brazil and an upturn in Turkey this year. "
For the group, 2020 will mark a new stage in its electric offensive with the launch of Twingo Z.E. and the deployment of its new E-Tech hybrid and plug-in hybrid offer," Renault said. Murguet said the company was targeting 70% growth in its electric cars sales in 2020.