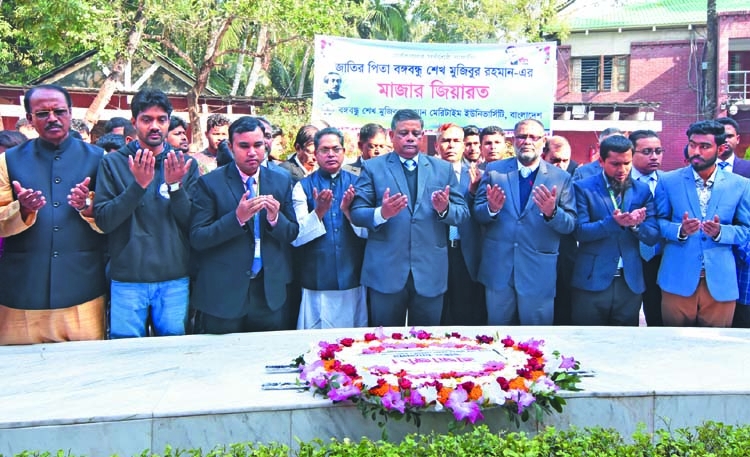 A delegation of Bangabandhu Sheikh Mujibur Rahman Maritime University led by the Vice-Chancellor Rear Admiral M Khaled Iqbal paid tribute to the Father of the Nation Bangabandhu Sheikh Mujibur Rahman in Tungipara on Friday.
The delegation paid homage to Bangabandhu by placing a floral wreath on his grave. They stood in solemn silence for some time as a mark of profound respect to the memory of the Father of the Nation, says a press release of the university.
The treasurer, faculty members, officials, staffs and students of the university were present among the delegation. They also offered special prayer for the eternal peace of Bangabandhu and other members of his family martyred on August 15, 1975.
After paying homage, the delegation visited Bangabandhu Museum, Library and Exhibition Center. Later, warm clothes and blankets were distributed among the destitute.