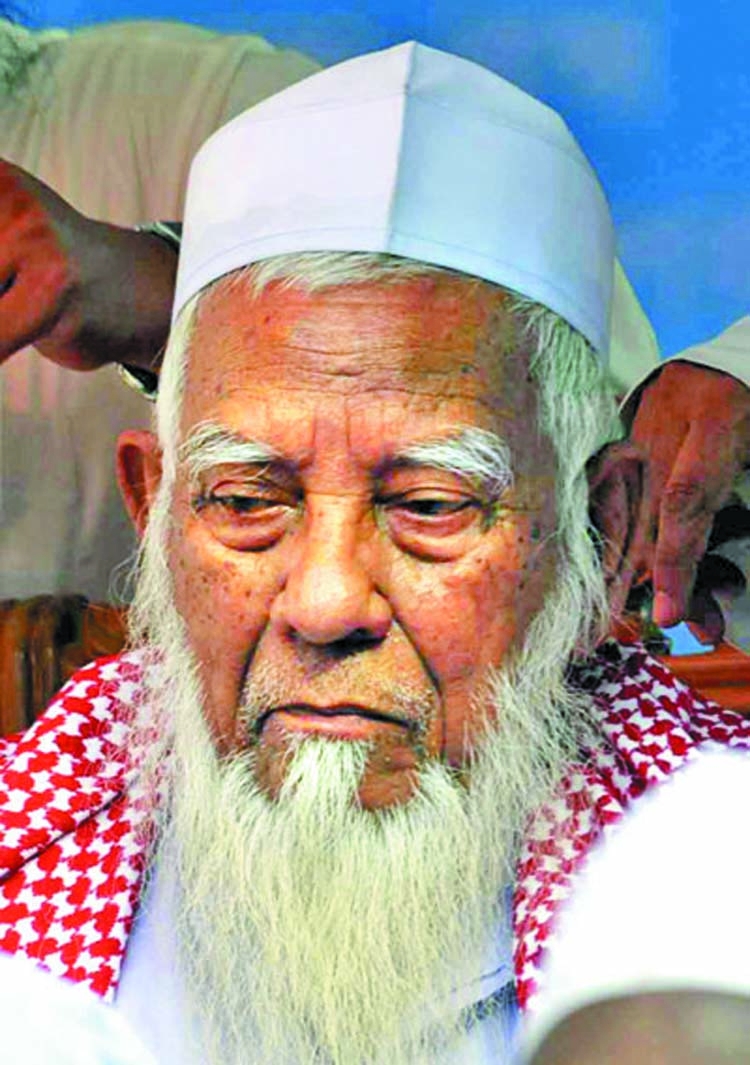 Hefajat-e-Islam Ameer Allama Shah Ahmed Shafi on Friday said schools and colleges have become marketplace for illicit relationships. Allama Shafi came up with the remarks while addressing a Tafsirul Quran mahfil at Gohira High School ground under Raozan upazila of Chottagram. He said, "Teachers and students are doing illicit relation.
I urge Hasina (Prime Minister), you should order our girls and women to learn in the way of your study method. I don't oppose female education but it should be separated system," reports Daily Amader Shomoy.Earlier Allama Shafi urged parents not to send their daughters to schools and colleges for further education after they complete fourth or fifth grades.
Shafi also administrated an oath at the 118th annual mehfil of Al-Jamiatul Ahlia Darul Ulum Muinul Islam Madrasah in Hathazari making its participants promise not to send their daughters to high schools.
He said, "If you allow your girls to be educated up to eight, ninth or tenth grade, or to have MA or BA degree, they would no longer remain yours. Somebody else would take them away from you after marriage. Don't you see incidents like this in newspapers?"