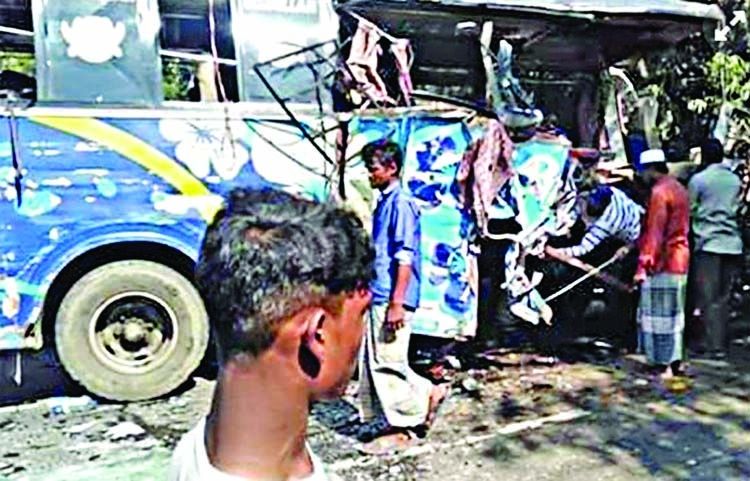 Two people were killed and six others injured in a head-on collision between two buses on Cox's Bazar-Chattogram highway in Patiya upazila of Chattogram . The deceased were identified as Omar Faruk, 35, of Sonaimuri of Noakhali, and Jahid Hossain, 41, of Chokoria in Cox's Bazar.
Bimal Chandra Bhoumik, inspector of Patiya Highway Police Station, said a Cox's Bazar-bound bus of Shyamoli Paribahan collided with a Chattogram-bound bus at Shantirhat around 11:15 AM, leaving Faruk and Jahid dead and six passengers of both the buses injured. Of the injured, three were admitted to Chattogram Medical College Hospital, the police official said.