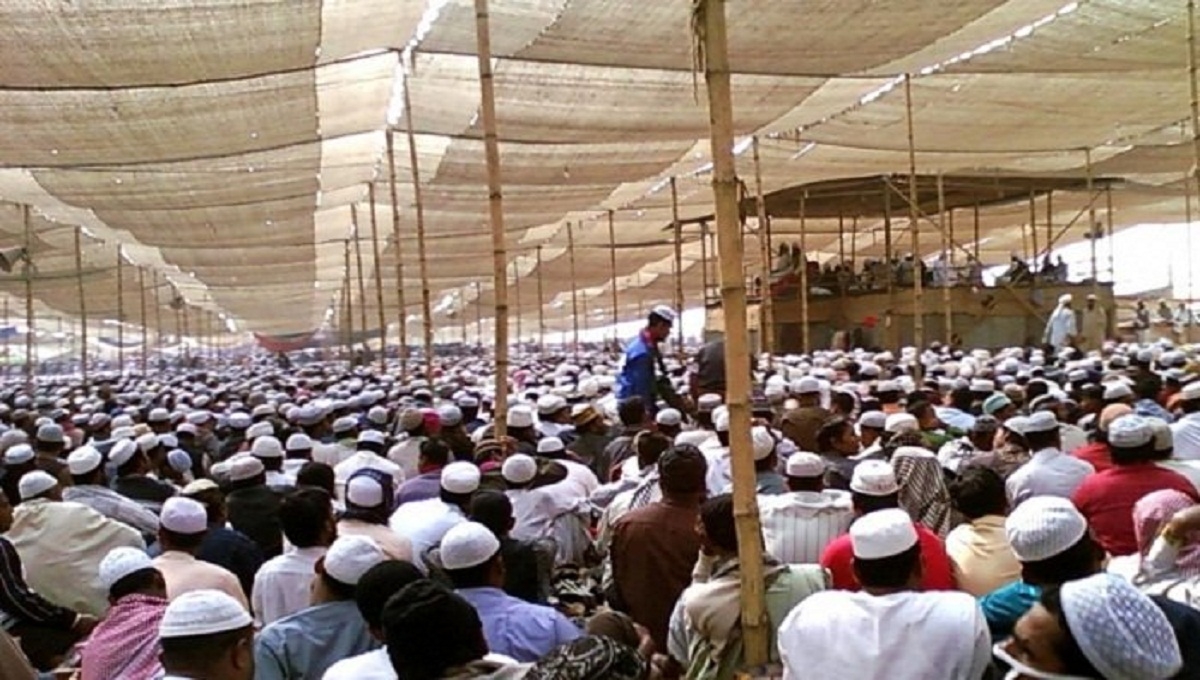 Two more devotees died due to old age complications at the Ijtema venue in Tongi on Friday night.
So far, five devotees have died at the Ijtema venue during the second phase of Biswa Ijtema, said engineer Shah Md Muhibullah, caretaker of the ground.
Four of the deceased were identified as Kazi Alauddin of Sunamganj, Humayun Kabir of Rangpur, Golzar Hossain of Gaibandha, and Suruz Miah of Narsingdi.
Meanwhile, 1,441 foreign devotees joined the Ijtema until Friday night.
On the second day, Indian Islamic scholar Maulana Mohammad Mursalin conducted the bayaan (sermon) after fazr prayer which was translated in Bangla by Mufti Azimuddin.
The second phase of the three-day Biswa Ijtema, the second largest congregation of Muslims after Hajj, began on the banks of the Turag River at Tongi on Friday.
Along with members of Rapid Action Battalion (Rab), around 8,000 police personnel have been deployed in and around the Ijtema venue to ensure security of the devotees.
The venue has been brought under CCTV and watch tower surveillance.
Besides, the law enforcers have put in place a five-tier security measure.